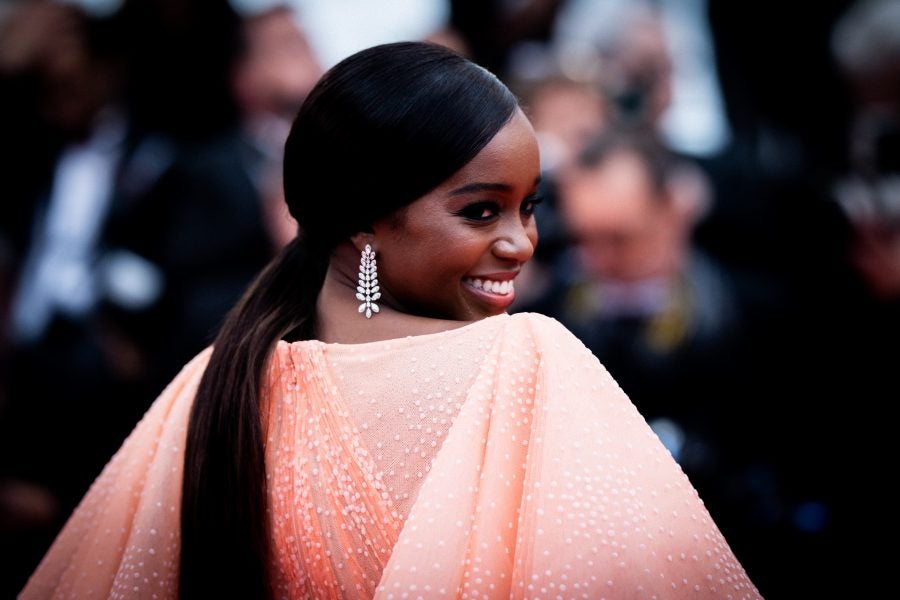 Actress Aja Naomi King is going to be a mom!

The Sylvie’s Love star announced via Instagram that she’s expecting her first child. While King, 36, is overjoyed to be pregnant, she also revealed that her road to motherhood has been a difficult one.

“This is my beautiful little rainbow baby,” wrote King in a caption that accompanied a gorgeous photo of her posing with a growing baby bump.

“I suffered two miscarriages and even now trying to capture what it felt like in words is simply absurd to me because I will never have language enough for it,” King revealed in the emotional post.

The 2017 ESSENCE Black Women In Hollywood honoree says she was inspired to open up by witnessing so many other brave women who’ve endured similar tragedies.

“I’ve been so deeply moved by the women who have openly shared their miscarriages,” wrote King. “It brought me solace in a time that was incredibly painful to know I wasn’t alone. To understand that this experience is common, horrible but still common.”

King goes on to admit she was reluctant to share her own experiences publicly at first, but learned a valuable lesson along the way: “At first I wasn’t sure about sharing my experience because I felt like so many other people had way worse experiences than I did, but I realized that I can’t treat pain like an Olympic sport, as if it’s a competition and only those who have the worst stories win the right to talk about it,” King continued in the touching note. “No matter the size of it in your mind, pain is pain and loss is loss, whatever the degree. And once you are touched by it, it stays with you forever.”

King is no longer living in fear and want her fans to be inspired too.

“And I won’t lie, it’s been hard to not carry my fear with me throughout this pregnancy,” King added. “To believe that it’s real and that this baby will be okay. That this beautiful gift will remain. But I try to not ignore the facts, and the facts are that I am healthy and my baby is healthy, my baby is growing and now kicking and constantly reminding me of their very real presence within me.”

King, who throughout her career has keep her personal life mostly private, has not yet revealed the identity of the lucky dad to be.

This isn’t the first time King has sent a powerful message about growth to fans. In 2017, while accepting her Black Women In Hollywood award, the actress shared a powerful story about her struggles with overcoming self-doubt in her career.