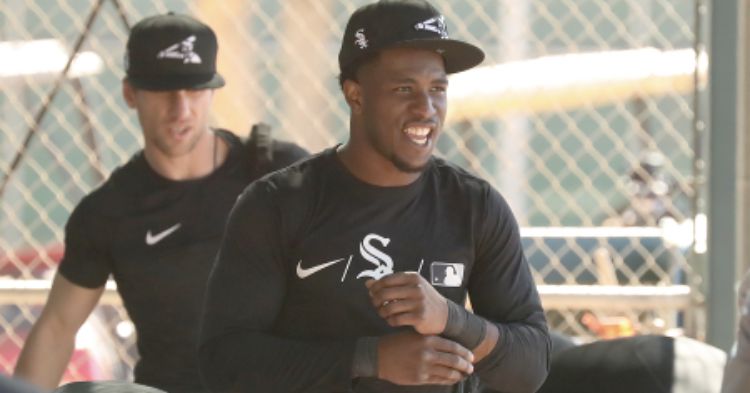 GLENDALE, Ariz. — Shortstop Tim Anderson will tell you how he feels.

He’ll tell the Twins how he feels about them, too.

“We are way more athletic than them, and that’s just true facts,” Anderson said Monday.

Anderson also said something about dishing out a whupping on the Twins.

If that sounds like a little smack-talking to get spring training underway, you probably heard right. It’s sure to be heard by the Twins, the defending American League Central champs who passed the Sox during the last couple of weeks of the 2020 season. The Sox settled for a second-place tie with the Indians.

“They are no worries, either. They put on their pants just like we do.”

AL MVP Jose Abreu’s arrival in camp will be delayed because of additional coronavirus antibody testing, the team said. He’s expected to be in camp Wednesday.

It’s no longer a story when the Sox talk World Series. Almost everybody is doing it.

Eloy Jimenez was the latest.

“If last year we were good, this year we’re going to be better,” Jimenez said. “We have the confidence, and I think we are good. If we’re healthy, we can [win]. To make the playoffs is the first goal, then after that is to go to the World Series. And I think we can do it.”

Adam Eaton, signed in the offseason to be the Sox’ right fielder, was asked about the vibe around this team.

“Little hard to say right now,” said Eaton, who won a World Series after being traded by the Sox to the Nationals. “The talent is there. That’s one thing we talked about this morning. The talent is through the roof. Some of the [batting practice] I saw today and some of the arms I saw today are truly some special individuals. But you have to come together as a team, you have to come together as a unit, hold each other accountable. If we can do that, we can have a lot of success.”

Give it to me straight

Katz said seeing Bummer’s sinker move “was the most impressive thing I’ve ever seen in my life.”

“I was with Aaron early January in Arizona, and I had a great opportunity playing catch with him,” Katz said, “and I’ve caught a lot of baseballs with guys that throw really hard. And that was by far — one of his sinkers he threw me — the hardest pitch I have ever had to try to catch in my life.”

“Had it not been off to the side, he would have squared me up and hit me,” Katz said. “I was just trying to knock it down.”