‘We’ll Be Open Better Than Ever Soon’ 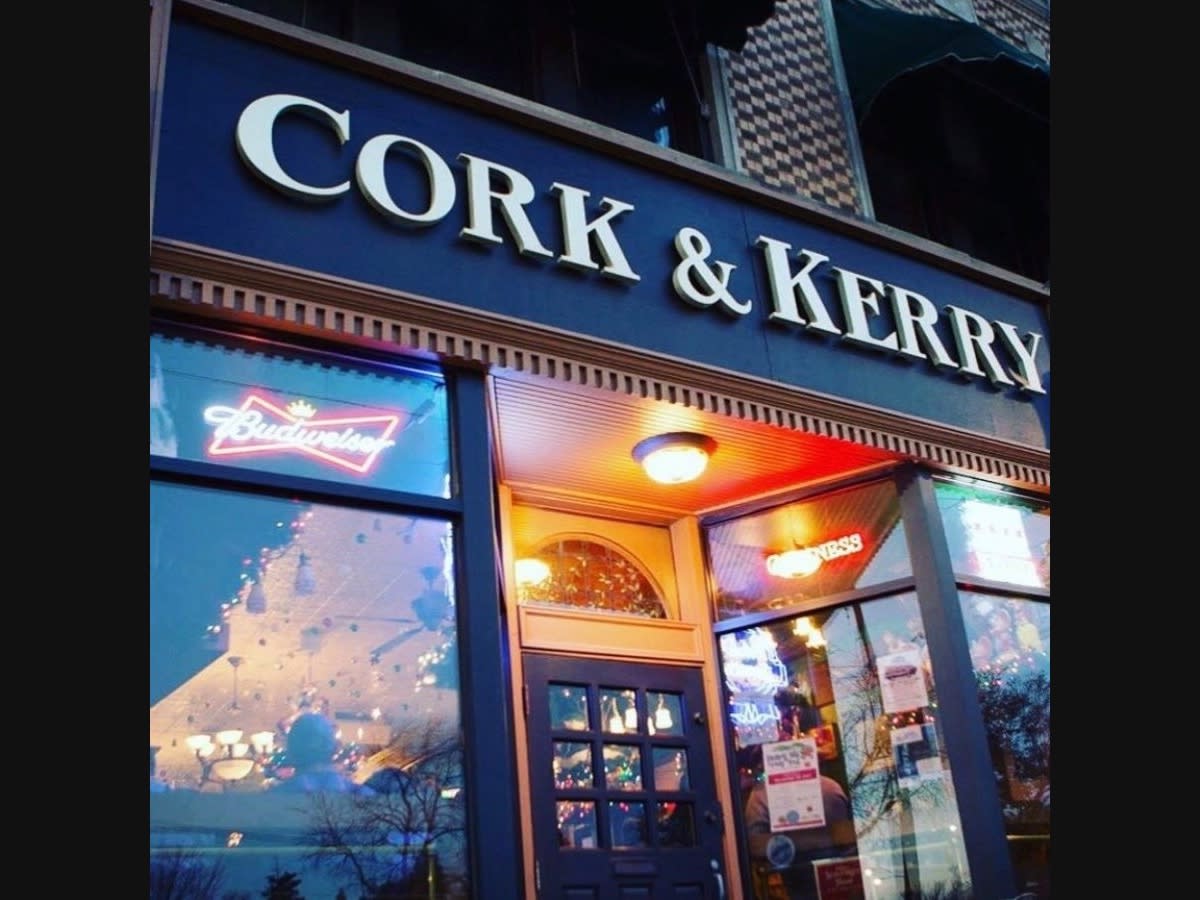 CHICAGO, IL – Bill Guide always thought he had a good working relationship with Ald. Matt O’Shea’s office as long as his former high school classmate has been in office and as long as Guide has owned the Cork and Kerry Tavern.

But after the popular Beverly Irish pub was ordered closed by the city on Sunday for what the Chicago Department of Business Affairs and Consumer Protection considers to be violations related to coronavirus pandemic guidelines for restaurants and bars, Guide believes someone in O’Shea’s office has something against the way he goes about his business.

Guide told Patch on Tuesday that he does not know how long Cork and Kerry’s Western Ave. location will be closed as it works to put together a safety plan that will allow the pub to reopen. He maintains that the timeline of events and violations that were issued by BACP and that were announced in a press release issued by O’Shea’s office on Monday and emailed to 19,000 constituents in the 19th Ward do not line up with what he believes are the facts of what is happening with his bar.

“I couldn’t sit back and let people think that we don’t care,” Guide told Patch in a phone interview a day after the tavern put its side of the story out in a Facebook post. “The press release (from O’Shea’s office), I thought, made it sound like we were complicit in sprinkling COVID everywhere when that wasn’t the case. That wasn’t the story at all.”

According to the news release, an investigation was launched after reports surfaced that an employee had tested positive for the coronavirus. Instead, the Guide said the father of two employees tested positive and the employees informed Guide they were going to be tested. The two employees have not returned to work since, Guide said, and the tavern has continued to maintain a safe environment for employees and customers.

However, the city cited the tavern for acting irresponsibly and said that employees were not wearing face-coverings while the bar operated beyond allowable hours, according to the news release. City officials also said Cork and Kerry had previously violated coronavirus-related guidelines in June.

According to the Chicago Tribune, the tavern does not have a retail food license and was opened for indoor service during Phase 3 of Gov. J.B Pritzker’s reopening plan. The plan allowed for restaurants to operate for outdoor service only. Guide told the Tribune that he thought if he had a food truck with a license, he was fine to be open. The newspaper reported that BACP officials indicated there was not a food truck on-site at the time and that Guide is still working to resolve the issue with city officials.

Guide told Patch that he and other employees had previously scrubbed the tavern’s floors and sanded down its bar and put down several coats of polyurethane to meet CDC guidelines. But when the city levied violations against the bar over the weekend, Guide said he was taken aback after receiving the email from O’Shea’s office from 10 different people.

He has been amazed by the community support the establishment has received since the closure was ordered and says he is working to ensure his tavern can open sooner rather than later.

“The ward has made it out like we’re the bad guys,” Guide said, adding, “It’s extremely frustrating. You would think the city would want us to keep our people working. Don’t get me wrong – we definitely want to keep everybody safe. I think we’ve been doing that…as far as masks and social distancing goes, we’re doing everything they ask.

“To take another hit, after 25 percent of our business for the year is down, it’s extremely frustrating. It’s really tough. I don’t know how they expect people to stay in business. We’re fighting for every dollar, really.”

After an attorney completes a safety plan for Cork and Kerry, Guide said he will meet with Liquor Commission officials. Once the plan is approved, an inspection will be ordered and once the inspection is passed, the bar will be allowed to reopen. That process could take a matter of days or a week, said Guide, who said the establishment hopes to be open “better than ever pretty soon.”

Cork and Kerry was closed for 90 days earlier this year at the start of the pandemic, which put the bar in a precarious position economically, Guide said. When bars were allowed to reopen at 25 percent capacity, making ends meet was still difficult because operating at those levels isn’t sustainable. But when the violations were announced and the tavern was forced to close, Guide said that everything came to a head. He said things didn’t need to play out the way they did and said he has had daily calls to O’Shea’s office go unanswered for months.

Amidst all of that, Guide said that like other businesses attempting to balance safety with the bottom line, 2020 continues to present a serious set of challenges for small business owners.

“I get we’re trying to keep people safe and healthy, but it’s not good for the economic climate for anybody’s business,” Guide said. “If (the city) expect us to last with these conditions, it’s just not going to happen.”

This article originally appeared on the Beverly-MtGreenwood Patch