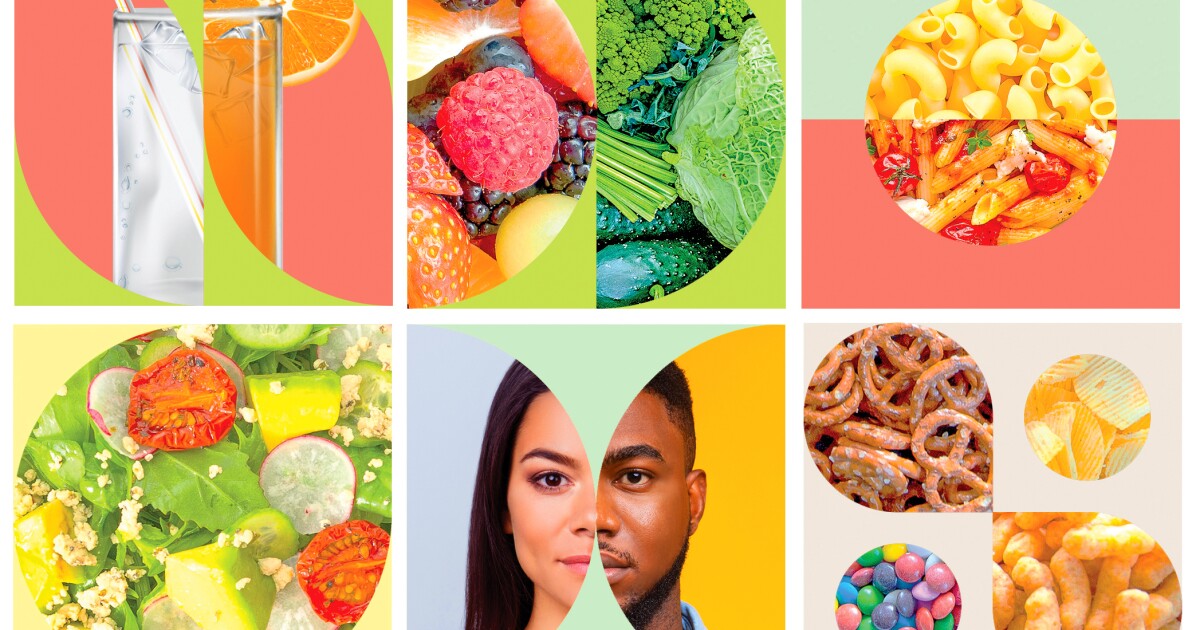 You wouldn’t think something so staid-sounding as the “Dietary Guidelines for Americans, 2020-2025” would be controversial. But the 140-plus-page document, released late last year, has caused quite a stir among public health experts who think it hasn’t gone far enough.

Praised for expanding the 2015 version to now include recommendations for infants, toddlers and pregnant and lactating women — and for using the widely accepted MyPlate approach to healthy eating — the guidelines’ positive tagline is: “Make Every Bite Count.”

The guidelines, which are available to download free, are updated and released every five years by the U.S. Departments of Agriculture and of Health and Human Services. They are far-reaching: In addition to the general public and medical professionals nationwide, they are used by policymakers who rely on them to guide decisions on federal food programs, such as school lunches for lower-income families.

However, some critics have questioned why the guidelines continue to include high-carbohydrate diets for all. They also challenge other aspects, including vague references to “cultural traditions” in food and the claim that the advice is geared toward the general population.

So, how helpful are they for regular consumers concerned about their diet? That depends on how you use them, say health experts, who point out that the guidelines are a framework, not a one-size-fits-all solution.

“My overall assessment is that people can use the guidelines as a starting point and work with their physician to make a personal diet plan geared to the individual.”

The highs and lows

Overhauling eating habits can be daunting but can greatly improve — and even save — your life.

The guidelines state that 60 percent of adult Americans have one or more diet-related chronic diseases — and that about 74 percent of adults are overweight or have obesity.

The U.S. Centers for Disease Control and Prevention reports that obesity is more prevalent among Blacks and Hispanics.

“The guidelines aren’t a true representation of the general population — people with diabetes need to monitor their intake of carbs, and smaller portions are so important for them,” said Yessica Diaz Roman, who has a doctorate in public health and is a lecturer at San Diego State University’s School of Public Health. She serves on the steering committee of the National Hispanic Medical Association’s Southern California Chapter.

“The guidelines’ images can be misleading. There’s a photo of a bowl of soup that’s big enough for me, my daughter and my son, but it’s not labeled. It’s great there’s a picture of mango, but as far as I can tell, it is sprinkled with Tajín seasoning, which is high in sodium.

“All these photos are beautiful, but they need to be consistent with the message and to be labeled.”

Diaz Roman noted that many of the fresh foods touted by the guidelines are not available to many people who live in “food deserts,” where people have limited access to healthful and fresh food. She said 30 percent of Hispanic Americans live in those neighborhoods.

Diaz Roman was not alone in her disappointment that the guidelines don’t suggest low-carb diets for those with diabetes and other chronic diseases.

“Someone with diabetes may not do well consuming the recommended amount of carbohydrates,” Scripps’ Chronis said in agreement. “People need to work with their physicians. Your doctor may look at your medical history and recommend you emphasize healthy fats and lean proteins.”

Some of the guidelines do not reflect recommendations from the body’s own advisory committee. For example, the committee had recommended changing the alcohol limit for men from two glasses daily to one. The final guidelines kept the two-glass limit. According to an explanation listed in frequently asked questions on the guidelines website, a review of studies did not produce enough evidence to support the change.

Likewise, a recommendation that added sugars should be less than 10 percent of calories has been called confusing and unclear.

Another point of contention is a recommendation that the grains we consume be half whole grains and half refined. Many physicians, including Chronis, prefer that their patients eat 100 percent whole grains.

The section on protein has also generated criticism. The World Health Organization, the American Cancer Society and other medical experts have declared a definite link between processed and red meats and colorectal and other cancers, but this goes unmentioned in the guidelines.

“My general rule of thumb is if nature made it — or all the ingredients in it — then go for it,” Chronis commented. “But if a factory or machine made it, use sparingly or — even better — not at all!”

What we can do

Chronis and Diaz Roman agree that MyPlate is an accessible tool for people who want to change their eating habits and consume more nutrient-dense food.

“MyPlate portions are beneficial to adults and children and recommended by American Diabetes Association,” Diaz Roman said. “Your portions should not be bigger than your fists. Half your plate should be vegetables. MyPlate helps us monitor the food we are consuming.”

Chronis likes that the site is user-friendly and a good way to evaluate what, and how much, you’re eating.

“One thing I love about my job is that it involves working with my patients in managing illnesses as well as focusing on measures to keep them healthy,” Chronis said. “There is always an opportunity to maximize health through foods. Food is a powerful medicine that not only has the power to prevent disease but also to heal.”

Food quality is vitally important, but quantity is also a big deal. Controlling how much you eat can be a simple way to establish some good habits on the way to a healthy diet.

Over the past few decades, portions have increased — big time. Bagels have doubled in size since the 1990s. A regular bottle of Coca-Cola was 6.5 ounces in 1955; the standard 12-ounce can debuted in 1960; and the Super Big Gulp fountain drink, a whopping 44 ounces, rolled out at 7-Eleven convenience stores in 1983.

You can try the tips and tricks below all at once. But choosing and getting used to them one at a time might help you achieve longer-lasting habits.

To learn more about how much of what kinds of food should go on your plate, go to www.myplate.gov or download the Start Simple With MyPlate app. Consider taking the MyPlate quiz to see how your diet measures up. The site also has hundreds of recipes for healthy meals. You can even buy MyPlate divided portion-control plates online.

Wood is a freelance writer.