This Community Garden in Brooklyn Is Breaking Down Food Barriers 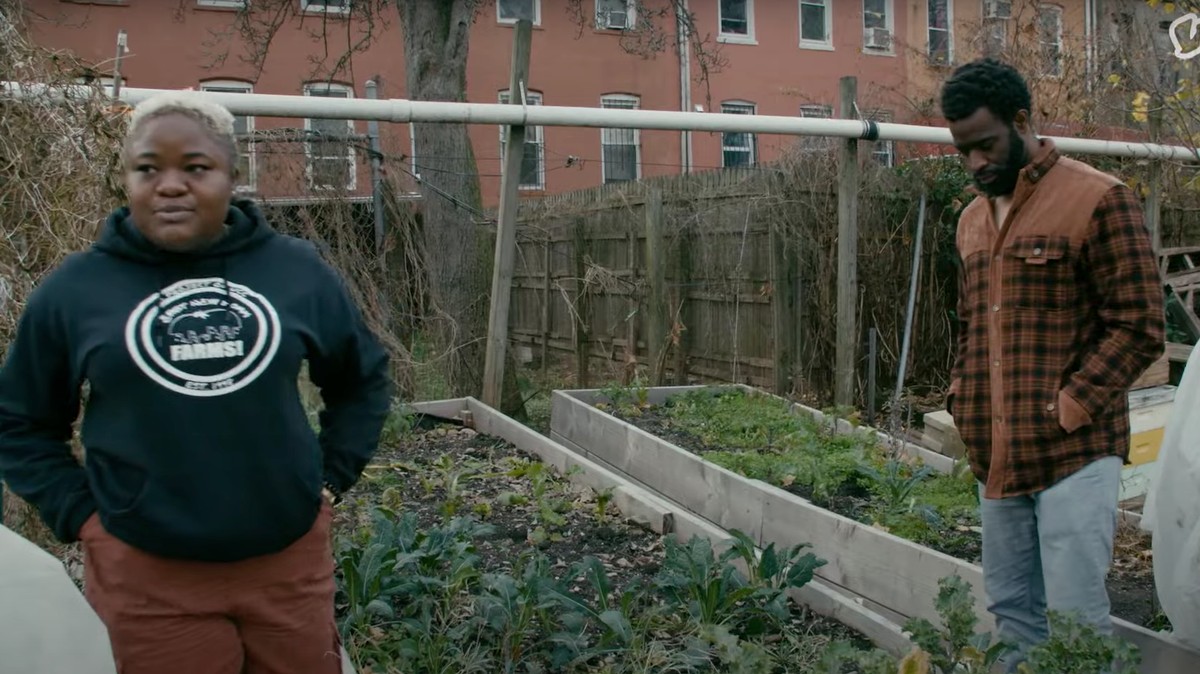 Beneath a noisy 3 train stop in Brooklyn, kale, bitter melon, and okra grow on a half acre of land.

This is East New York Farms, an urban garden in a predominantly Black neighborhood, overseen by 25-year-old Iyeshima Harris. She works with a network of student interns to grow and sell fresh produce at their own weekly markets. Community members who grow food in their own backyards are invited to sell at the market as well.

When Harris moved to East New York from Jamaica at age 12, she was struck by the difference in what kind of food was available.

“I’m used to going out in front of my yard and I have mango, soursop, June Plum,” she said. “And those are things that I could just pick from off the tree.”

The USDA estimates 39 million people across the U.S. live in neighborhoods like East New York, without easy access to healthy, fresh food — a pattern that largely follows racial lines.

Black neighborhoods have fewer supermarkets and more fast food joints than white neighborhoods. That trend can’t be explained away by differences in income alone. Instead, researchers are increasingly understanding lack of access to fresh food as a symptom of segregation. For decades, Black people were systematically denied loans and excluded from certain neighborhoods across the country—and food trends followed. Grocery store chains chased white folks out to the suburbs, and stayed away from minority neighborhoods in what became known as “supermarket redlining.”

These neighborhoods aren’t simply food deserts that could use a few more grocery stores; they’re part of a larger economic, geographic, and race-based system of food apartheid.

It’s that system that Harris and her community are working to break down.

Jayden Shack is an intern at East New York Farms, and a high school student from the neighborhood. At first he didn’t tell his friends about his job there. “It was a big, long struggle to come to work and have everyone be like, ‘Oh, you work on the farm, you’re a slave,’” he said. But now, he loves his job — and his peers are even asking him how they can get hired, too.

Harris and Shack want to change perceptions around agriculture in their community, and reframe food access as an issue of empowerment. “The hope is for people to embrace their roots and get them back to growing their own food,” Harris says. “Growing food should become a human right.”