The researchers found evidence of undisclosed business relationships among some of the Facebook pages and the misleading websites, suggesting the network aimed to drive traffic to the sites to increase ad revenue. GMF identified 20 pages that at times shared identical posts promoting the articles. Facebook is investigating the pages identified in the report and so far, not all pages have been taken down.

“These networks are turning disinformation into dollars—at the expense of people’s health,” said Karen Kornbluh, who directs GMF Digital and leads its Digital New Deal project, a campaign focused on improving the Internet.

Facebook said the pages it removed, which in one instance had more than 16 million followers, violated its spam policies.

The websites were pushing misinformation for almost two years before Facebook took action against pages linking to them, underscoring how information online can erode public confidence in authoritative health information. In January 2019, one of the websites identified in the network, Healthy Food House, published an article with the misleading headline “Elderberry Syrup Is Better Than Any Flu Shots, And Safe!”  In March, an article on the same site falsely claimed “outdoor air acts as a natural disinfectant, that can kill the flu and other harmful germs.” Another website researchers flagged, The Hearty Soul, ran an article that initially claimed “THC chemical in cannabis could help prevent and treat deadly COVID-19 complications.”

Yet these dubious claims found a powerful megaphone via a series of health and lifestyle Facebook pages, which had a combined following of more than 65 million people. That allowed them to have greater reach online than top health resources such as the Centers for Disease Control and Prevention and the World Health Organization, GMF researchers found.

The five websites — which have been found to publish false claims by the nonpartisan news-rating organization NewsGuard — received 71.1 million comments, likes and shares across Facebook in the first 11 months of 2020, according to the research by the German Marshall Fund’s Digital New Deal project. In contrast, the CDC and WHO had about one-tenth as much engagement, collecting a total of 7.9 million interactions in the same time period as these sites, per GMF.

The broken nature of the information ecosystem can have major implications for coronavirus response.

Facebook and other tech companies have taken unprecedented steps to limit the spread of misinformation about the coronavirus. But the German Marshall Fund’s findings underscore how much more needs to be done to ensure that people have access to accurate information about their health online.

“More transparency is needed so that people can know who is benefiting from the information showing up in their news feed,” Kornbluh said.

Facebook and other tech companies could take more aggressive steps to ensure that pages or websites that repeatedly share false information are penalized, Kornbluh said, also advocating for creating a kind of “circuit breaker” that would prevent articles from going viral when they’re shared by repeat offenders.

A coronavirus vaccine roll out will only intensify challenges.

For months, public health officials have warned of an “infodemic” that is exposing people to unreliable information about the spread of covid-19.

As vaccines become available amid rising cases, it will become critical for public health officials and the Biden administration to find engaging ways online to counter misinformation about it. Kornbluh says that’s essential, especially as many Americans continue to say they are unwilling to get the covid-19 vaccine. A Gallup poll conducted in October prior to promising announcements from healthcare companies found only about six in ten Americans are willing to be vaccinated.

Democrats accused Republicans of confirming an “unqualified” pick as the newest FCC commissioner.

Senate Republicans confirmed President Trump’s nominee Nathan Simington as the newest Republican member of the FCC with a narrow margin of 49 to 46, Tony Romm reports. With the FCC’s GOP Chairman Ajit Pai planning to resign in January, Simington’s confirmation will leave the agency in a deadlock of two Republican and two Democratic commissioners.

That could prove a huge obstacle to Democrats and civil liberties groups who will try to push changes including restoring net neutrality rules.

Simington’s nomination drew early scrutiny over his work on President Trump’s executive order asking the FCC to clarify the scope of a key liability shield for tech companies. Simington signaled in his confirmation hearing that he would support FCC efforts to reevaluate the law.

“We are in the middle of a crushing pandemic. Millions are working from home. Kids are sitting outside Taco Bell to do their homework,” Evan Greer, deputy director of Fight for the Future, wrote in a statement. “But Senate Republicans decided to move forward with this deeply cynical move to kneecap the FCC and prevent the agency from moving forward with urgently needed work like restoring net neutrality and ensuring affordable Internet access for all.”

YouTube will start removing any piece of content that misleads people by alleging widespread fraud in the 2020 election.

The policy will apply to any piece of content uploaded today or in the future. The company said in a blog post this morning that it was implementing this policy now that the safe harbor policy for the U.S. presidential election had passed and enough states have certified their election results.

YouTube will also remove claims that a presidential candidate won due to widespread software glitches or counting errors. YouTube said this is in line with how it’s handled historical elections. YouTube also disclosed more details about the action it took to limit misinformation during the election.

Since September, the company terminated more than 8,000 channels and thousands of harmful and misleading election-related videos for violating its  policies. Over 77 percent of those removed videos were taken down before they had 100 views.

State and federal authorities are expected to file antitrust lawsuits against Facebook today.

The lawsuits will accuse the social media giant of trying to buy or kill off rivals in an unlawful and anticompetitive manner, Tony Romm reports.  More than 40 state attorneys general will bring a suit expected to focus on Facebook’s purchase of photo-sharing app Instagram and messaging app WhatsApp. They say the purchases highlight Facebook’s patterns of neutralizing competition at the cost of user alternatives.

The lawsuits and their timing could change, three people familiar with the matter told Tony. The group of attorneys general may ask the judge for a wide array of actions against Facebook, including forcing the company to sell off some parts of its business.

The Federal Trade Commission also plans to file its lawsuit against Facebook as early as today and is expected to sync up with the states’ claims.

The firm worked with facial recognition start-up Megvii to test an artificial camera in 2018 that would have included a “Uighur alarm,” documents obtained by the surveillance research firm IPVM show, Drew Harwell and Eva Dou report. The alarm could have flagged members of the mostly-Muslim minority to police. China has been accused of human rights abuses against the group.

Researchers have found facial recognition technologies are less accurate on women and people of color. The shift toward authoritarian regimes using the technology to recognize minorities underscores the dangers of the technology, researchers say. “There are certain tools that quite simply have no positive application and plenty of negative applications, and an ethnic-classification tool is one of those,” said Clare Garvie, a senior associate at Georgetown Law’s Center on Privacy & Technology. “Name a human rights norm, and this is probably violative of that.”

Both companies acknowledged the document is real after publication. Huawei spokesman Glenn Schloss said the report “is simply a test and it has not seen real-world application. Huawei only supplies general-purpose products for this kind of testing. We do not provide custom algorithms or applications.”

A Megvii spokesman said the company’s systems are not designed to target or label ethnic groups.

Elon Musk confirmed he has moved to Texas. The Onion missed a great headline opportunity.

Consumer complaints show that Internet providers failed to keep their promise to keep users online during the pandemic.

An analysis of 3,000 complaints found 550 cases in which consumers complained that Internet service providers disconnected or charged them fees, Kelcee Griffis at Law360 reports. This was despite signing a voluntary pledge to not do so.

The voluntary pledge ended on June 30, but consumers reported problems will before the cutoff.

Consumer complaints have sparked congressional inquiry. But the FCC has ignored requests by Rep. Jerry McNerney (D-Calif.) to make the complaints public, he says.

“During a pandemic in which nearly every aspect of our lives depends on connectivity, a proclamation that calls for voluntary promises is not enough,” McNerney said in a statement to Law360. “One has to wonder if Chairman Pai was actually trying to help consumers or get good press for himself and industry.”

The Center for Democracy & Technology named Laura W. Murphy to its board of directors. Murphy has 40 years of experience working in government and advocacy, and has led projects such as Facebook’s multiyear Civil Rights Audit and Airbnb’s Project Lighthouse. 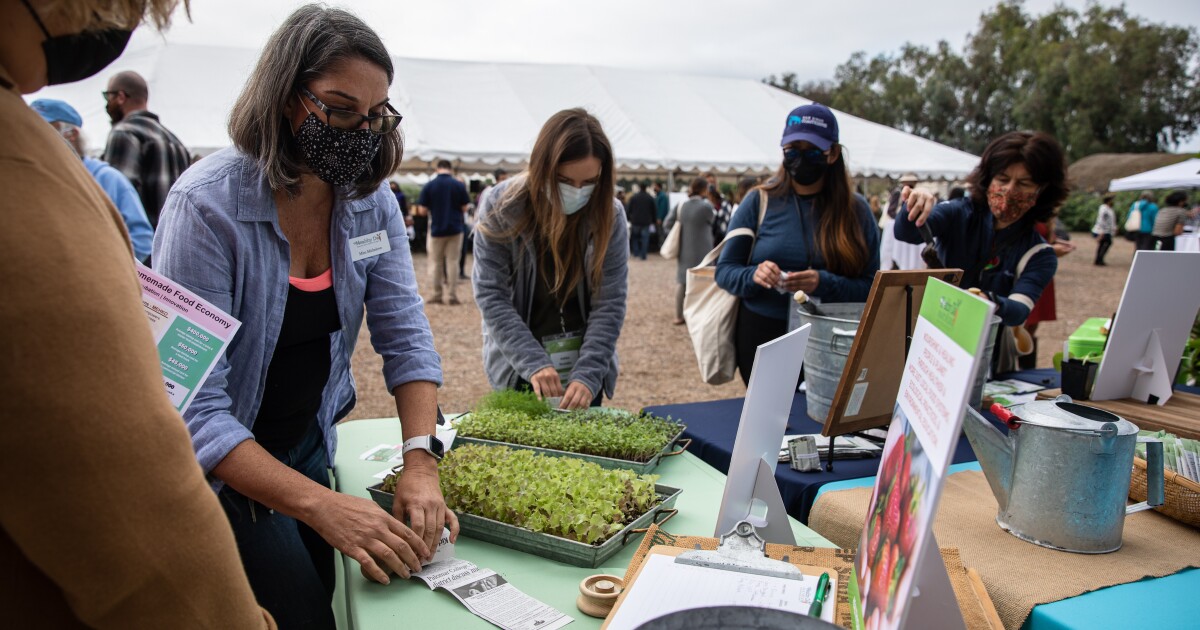 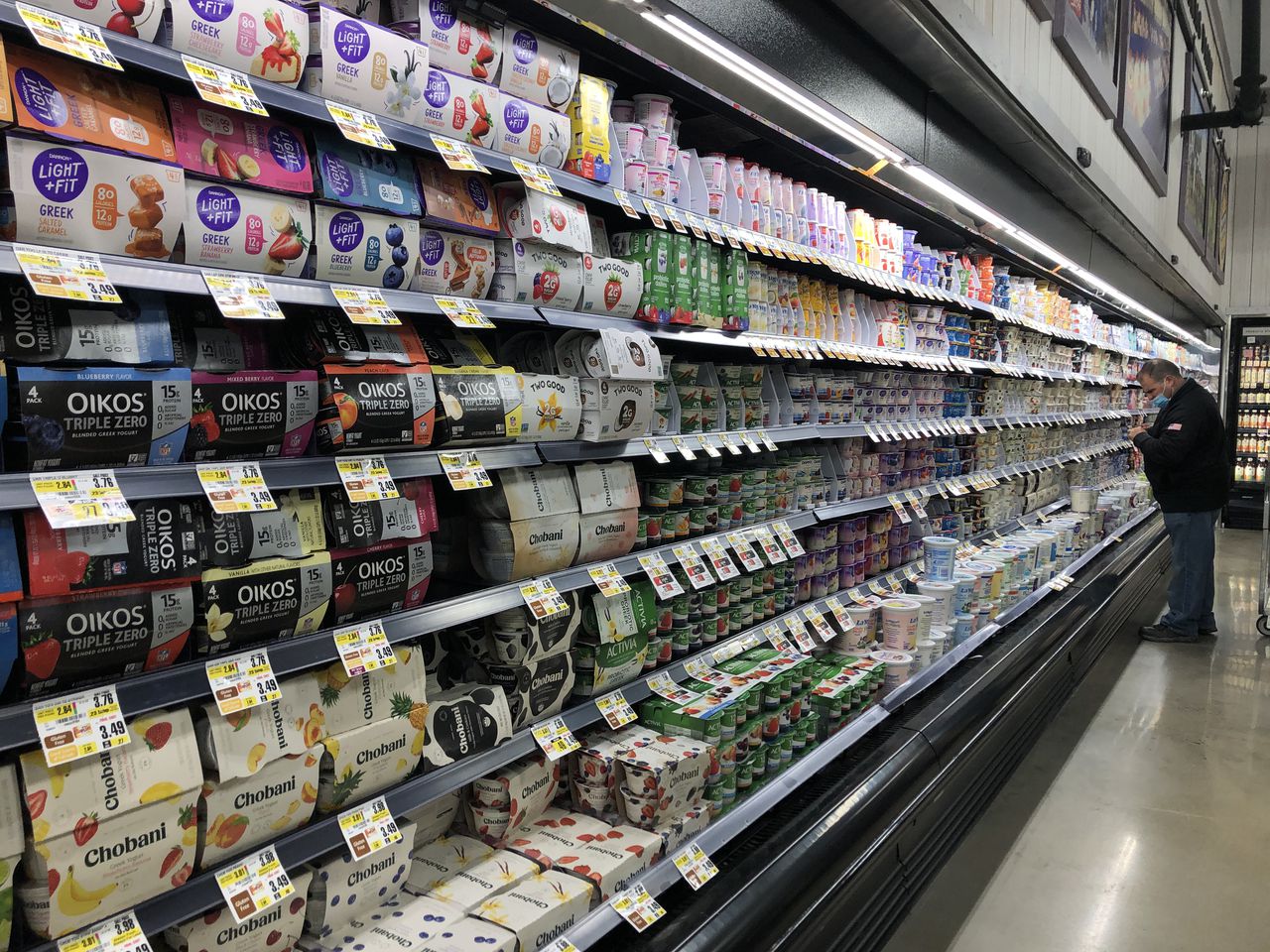