The 2021 Iditarod Trail Sled Dog Race Is Still on, but the Pandemic Is Changing Things 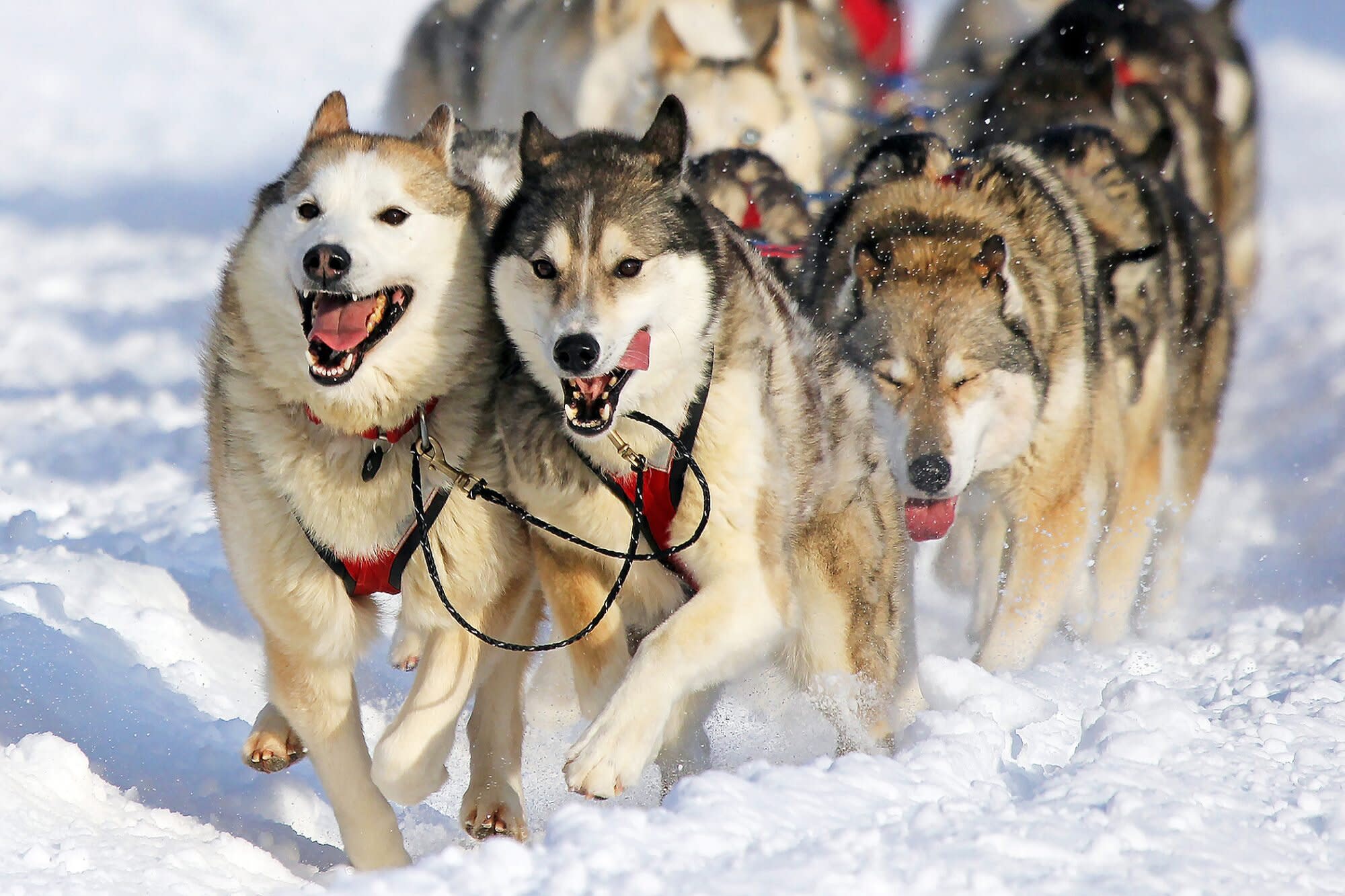 The Iditarod (trail) Sled Dog Race, also known as the “Last Great Race,” is a challenging long-distance race that occurs every year in early March, beginning in Anchorage, Alaska. Mushers and their amazingly talented teams, consisting of on average 14 dogs brimming with stamina and determination, trek in a sled across nearly 1,000 miles of cold, snow-covered, and often treacherous terrain. Last year’s winner made the trek in nine days, but it can easily take 12 or more days to complete this grueling event.

The COVID-19 pandemic isn’t stopping the Iditarod race in 2021, which is currently slated to start on Saturday, March 6. Although there will be significant changes to the course and the way in which the teams interact, this year’s race will be another amazing feat. And of course, the images of famous sled dogs (Balto and Togo!) and scenes from movies we love to think of make us excited to find how we can enjoy the spectacle from the safety of our own homes.

What Is the Iditarod Sled Dog Race?

The Iditarod is a historic long-distance race that can attract more than 100 sled dog teams on a good year. This year, there are 54 teams currently entered in the race including recent champions: the 2019 winner Pete Kaiser, the 2018 winner Joar Leifseth Ulsom, and multi-year champion Dallas Seavey.

Each team consists of at least one musher (driver of the dog sled) and 12–16 sled dogs. Pre-pandemic, teams would start the race in Anchorage and finish in Nome, Alaska, traveling across nearly 1,000 miles of trail. This year though, teams will start and finish in Willow, Alaska, completing a 860-mile loop.

Despite their very obvious cold-weather-tolerant appearance, you likely won’t see any purebred Siberian huskies or Alaskan malamutes as part of the sled dog teams that compete in the Iditarod. Historically, most mushers have dog teams composed of mixes, specifically Alaskan huskies which are husky-type breeds that have been combined with border collies, or other types of working, herding, or hound breeds.

“Our dogs are ‘Alaskan huskies,’ which are glorified mutts. Their bloodlines are followed very closely, but they don’t look like true Siberian huskies or ‘Hollywood huskies,'” says Kristy Berrington, a professional musher, competitor in this year’s race, and co-owner (with her twin sister!) of Seeing Double Sled Dog Racing kennel.

In order to be successful, prospective sled dog racers need to be lithe and agile while still having thick coats and tough feet. They also need a healthy appetite—ensuring they will eat all the necessary calories to keep them going on long distances—and the ability to rest and recover efficiently. Alaskan huskies are specifically bred for these reasons. “They are made to run, recover, pull, and withstand arctic conditions,” Berrington says. “They love what they do and give 110 percent effort.”

History of the Iditarod Race

Sled dogs are often the first choice for transportation on the untamed Alaskan terrain, even today. Unlike man-made vehicles, dogs and sleds are capable of moving quickly across deep snow and ice. Native villagers used sleds and agile dog teams (dog mushing) to work, hunt, and traverse locally and to trek long distances to get supplies like food and medicine.

The Iditarod Race’s origins (and name) stems from the use of the Iditarod Trail. The historic trail spans over a thousand miles, stretching from the town of Seward to Nome, Alaska. It was used by native Alaskan peoples as a trading route and connection between villages and trading posts and eventually became a popular path during a gold rush beginning in 1910.

By the end of World War II, the Iditarod Trail was used less and less until the year 1925 when a terrible diptheria outbreak occurred in Nome. In order to save an entire community, 20 sled dog teams transported a life-saving serum from Nenana to Nome, a 674-mile trek called the Nome Serum Run that was completed in an astounding 127 hours. This is where the story of Balto (and more accurately Togo) comes from.

It’s a common belief that the Iditarod Race was started to commemorate the serum run, however this is not entirely true. In 1964, a committee was formed to look into historical events in Alaska that could be recreated to celebrate the 100th anniversary of Alaska becoming a U.S. Territory. Dorothy Page, remembered as the Mother of the Iditarod, came up with the idea of offering a sled dog race that could pay homage to native mushers in Alaska. A 56-mile race took place for several years until finally the idea of a long-distance race came to fruition in 1973. With the help of the US Army and the Nome Kennel Club, much of the original route was created—however it took experienced mushers and many years to break-in much of the trail.

How to Watch the 2021 Iditarod Sled Dog Race

The Iditarod is always scheduled for the first Saturday of March. There’s generally a ceremonial start in Anchorage that day, where thousands of people line the streets to see and cheer on the teams as they follow an 11-mile route through Anchorage. The following day, the live (real) race starts in Willow, kicking off the teams’ serious, treacherous quest to be the fastest to complete the trail.

This year the ceremonial start in Anchorage has been canceled for COVID-19 safety considerations. The live race will start in Willow on Sunday, March 7. The teams will start and finish in Willow, completing the first-ever “Gold Trail Loop.”

To find out all the information you could ever need, and discover ways to watch—including a constant live stream—check out Iditarod.com. While there won’t be a ceremonial start this year, at-home viewers don’t have to miss out on the excitement of that event. Footage of the 2020 ceremonial start (last year’s event) will be broadcast at 9:30 a.m. (AKST) on Saturday, March 6. On Sunday, March 7 at 2 p.m. the 54 currently rostered teams will depart Deshka Landing in Willow and travel the Iditarod Gold Trail Loop.

You can follow the official Iditarod Trail Sled Dog Race from your mobile device. Iditarod–The Official App is available for both Apple and Android mobile phones and tablets.