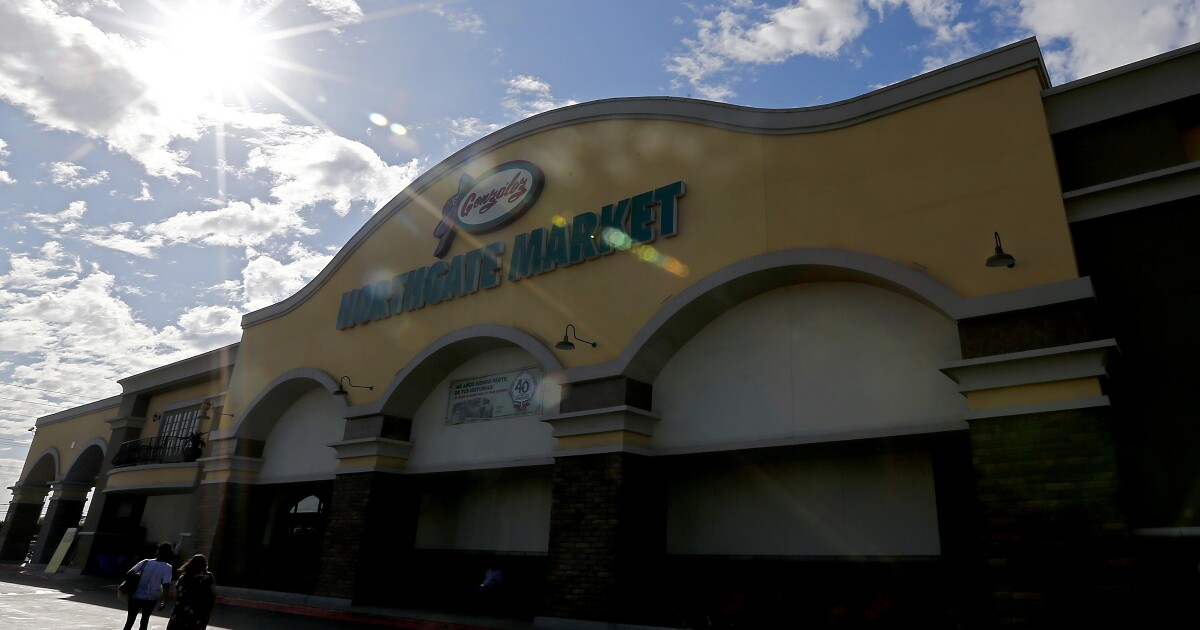 Santa Ana residents who live near the Northgate González Market on East Fourth Street are fighting the closure of the low-cost grocery store they have relied on for years.

Northgate Market said the neighborhood will still have nearby grocery store options.

The Santa Ana City Council approved a plan last month to demolish the market and erect “luxury” apartments in its place. It was one of the first controversial decisions by the new council, which added three members and a new mayor in November.

In response, the local activist group Chicanxs Unidxs started a petition calling for a boycott of all Northgate Markets in Orange County. As of Thursday afternoon, about 400 people had signed the petition.

“Santana residents & community organizers have made it clear that they do not support the building of luxury apartments at their Downtown Santa Ana location because it will cause further displacement of Santana residents and will contribute to the development of a food desert in an already nutrition depleted area of the city,” the petition reads. “Many residents rely on this specific location for groceries because it is within walking distance of their homes. We have seen time and time again that luxury apartments do nothing for the existing community except gradually force them out due to the rising costs of living.”

Eriza Gonzalez, an organizer with Chicanxs Unidxs, said in a phone interview that the apartments will also be too expensive for Santa Ana residents who are most in need of housing. Estimates for the apartments range from $1,500 to $3,500.

“Which is way out of range for the average Santa Ana resident, especially in that location because that’s one of the lowest-income neighborhoods in the city,” Gonzalez said.

Gonzalez said there has only been one community meeting since 2018 regarding the development, and more than 100 residents showed up to that meeting in opposition. She started the petition a month ago after the council’s decision.

Gonzalez said a few other nonprofits, like Orange County Environmental Justice, are helping to circulate the petition.

“There’s not a lot of supermarkets in the area — the closest thing a lot of times is like maybe a corner store, and that doesn’t have anywhere near the vegetables and fruits that someone would need for a nutritious diet,” said Patricia Flores, director of OC Environmental Justice. “So it’s what we call a food desert. It’s a low-income area with mostly people of color who in a way are being cut off from healthy foods. And that market is one of the only ones in the area that’s accessible. So taking away that market would be a huge blow to the health of the community.”

Some supporters of the petition mentioned the need for affordable housing over expensive apartments.

“This isn’t for the people of Santa Ana,” one person wrote in the petition comment section. “It’s for profit and profit only.”

“Residents are being pushed to their breaking points, this should not be the focus,” another supporter of the petition wrote.

The Kennedy Commission, an affordable housing advocacy group based in Orange County, came out in support of neighborhood residents in mid-December.

“The proposed Northgate Gonzalez Real Estate fails to help address the housing needs for lower-income families that live in the surrounding Lacy neighborhood community, one of the neighborhoods with a high population of lower-income families,” the Kennedy Commission said in a Facebook post. “This development needs to provide affordable housing to help address existing housing needs and mitigate the gentrification and displacement that its project will create.

“The Northgate Gonzalez Real Estate team cannot claim that this development will serve the Santa Ana residents without including housing that will be affordable to families with extremely low and very low incomes.”

Northgate Market said in an emailed statement that the those opposed to the development don’t tell the whole story in the petition.

“Northgate Gonzalez Market has read the petition in question and we find it unfortunately misrepresents the facts of the matter,” the statement reads. “As a family-owned business, Northgate Market has been invested in Santa Ana for 28 years with six stores providing fresh fruits and vegetables and additional grocery items at affordable prices for local residents, and good paying jobs for 1,200 associates including 600 Santa Ana residents. Additionally, there are two additional planned stores in the works for Santa Ana creating more jobs for residents.

“The current planned downtown quality housing project was designed to address the need for additional housing units for downtown workers in the city while meeting the needs of today’s modern extended families. Additionally, we are currently planning two affordable housing projects in the city including a project in conjunction with Santa Ana College for low-income students.”

The 4-2 decision of the seven-member council could be seen by some as a surprise. The three new council members — Johnathan Hernandez, Jessie Lopez and Thai Viet Phan — all included affordable housing and support of underrepresented groups as part of their platforms. Mayor Vicente Sarmiento, who replaced the 26-year incumbent Miguel Pulido, also considers affordable housing and helping the immigrant communities of Santa Ana to be top priorities.

Hernandez and Lopez voted against the development, while Sarmiento abstained due to family members owning nearby property. But Phan voted in favor of the development along with Phil Bacerra, David Penaloza and Nelida Mendoza.

Phan said over the phone that she stands by her decision because Santa Ana needs a variety of housing. She also said she recently voted in favor of a 100%-affordable housing project.

“I know I personally got a lot of pushback and a lot of folks are like, ‘you should have continued it’ … but I really believe that this project was a good-faith effort to bring in not just revenue for the city with the commercial space but also to provide more housing in the downtown area,” Phan said.

When asked about the petitioners’ claims about the lack of affordable food in the community, Phan said she has written a paper before on food deserts. She also referenced another Northgate Market that is slated to be built “not too far away.”

“But less than a 10-minute walk from Northgate is a Food 4 Less and there are other smaller markets nearby,” she said.

Support our coverage by becoming a digital subscriber.