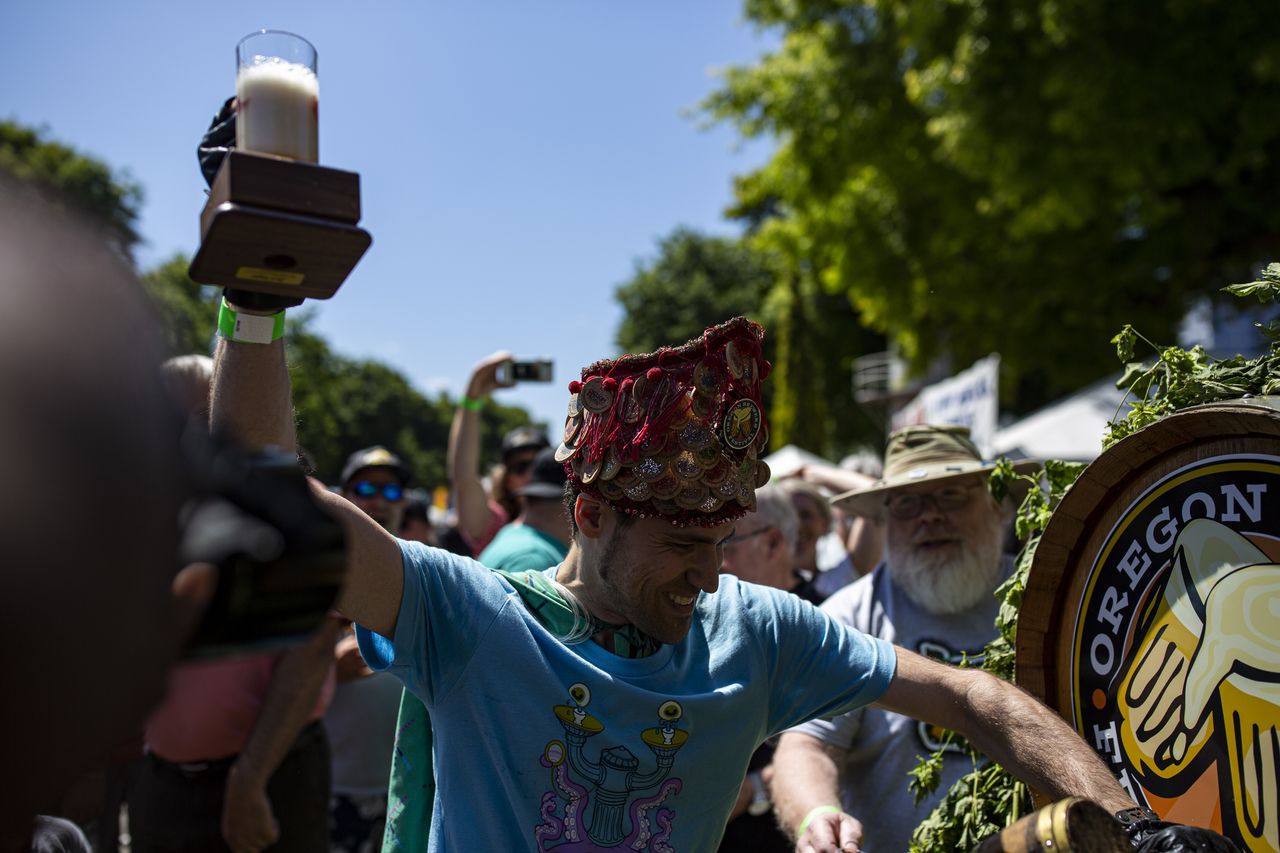 The Oregon Brewers Festival has been canceled for the second consecutive year because of the COVID-19 pandemic.

Art Larrance, who founded the festival in 1988, said the decision was made Monday night to skip a second year because, despite virus numbers dropping and vaccines becoming more available, there isn’t enough time to get the event organized. Portland’s signature gathering of craft breweries has grown to become one of the largest on the West Coast, attracting over 50,000 attendees annually.

“The brewers need time to get their brews lined up, and all the people that help us need to make their schedules,” Larrance said. “You’ve got to plan way out in advance. You just don’t go put one together in one day.”

The festival had been scheduled for July 28-31 at its venue for decades, downtown’s Tom McCall Waterfront Park along the Willamette River. Organizers had said they were waiting until April to make a decision on this year’s event, but Larrance said the uncertainly with COVID prevented holding the festival this summer. Brewpublic first reported the cancellation.

“There’s just not enough time,” he said. “Not blaming anyone, just the facts of life.”

Larrance said he has considered pushing the festival back to fall, but that possibility also holds a lot of uncertainty.

“I talked to the city, but they’re not making any commitments to anyone at this time,” he said. “So we don’t know about park availability or anything else. There’s lots of other events out there.

“We’re all in the same boat,” he said. “Maybe we could do something in the fall, we don’t know. My crystal ball is broken.”

Several other big summer events around the Portland area and across Oregon also have already canceled for 2021.

The big Fourth of July fireworks display at Fort Vancouver announced at the beginning of February that the show would not go on this summer, followed days later by the cancellation of the Oregon International Air Show in Hillsboro (though the event’s McMinnville event is still on).

Two of the biggest summer events on the Oregon coast, the Cannon Beach Sandcastle Contest and the Lincoln City Summer Kite Festival, also canceled their 2021 events this winter.

Debbie Nelson, lead organizer of the sandcastle contest, said this summer’s event will once again be virtual, inviting people to submit their own sand creations wherever they live. Canceling for 2021 was ultimately an easy call, she said, as the COVID-19 risk level continues to oscillate in Clatsop County, changing what gatherings are allowed.

“A restaurant in Cannon Beach can’t even be at full capacity, how can you have this on the beach?” Nelson said.

Other summer events are remaining resolute in their plans to go on in 2021. Organizers of the Chief Joseph Days Rodeo in northeast Oregon have said the event will be back the last week of July, with plans for parades, parties and the rodeo itself. The nearby Pendleton Round-Up has also said that plans are underway for a “safe and healthy” rodeo in September.

Several major events have yet to make a decision either way. Chief among them is the Portland Rose Festival, which usually involves multiple parades and a weeks-long downtown fair, among other events, at the end of spring.

Rich Jarvis, spokesman for the Portland Rose Festival Foundation, said the organization is planning to come to a decision about 2021 by the middle of March. At the very least, the festival will include events from the truncated 2020 schedule, like the virtual parades and an outdoor coronation of the Rose Festival queen.

“We’ve been consulting with literally everybody,” including public health experts, city officials and sponsors, Jarvis said. “We’re looking forward to be able to move ahead with whatever we’re able to do.”

The Oregon Brewers Festival becomes the second beer festival canceled this year, after the Portand Craft Beer Festival recently called off this year’s event because of COVID.

The festival, which at its peak attracted as many as 85,000 people through the gates, had seen attendance decline in recent years. The COVID cancellations have added another layer of struggles, but Larrance said he’ll do whatever he can in the future.

“I’m not trying to make something out of nothing,” he said. “You just have to rock ‘n’ roll. We had a great time with it, some great years. We don’t know if it’ll ever bounce back to what it was, but we’ll see.”

Subscribe to Andre’s text service and get ongoing alerts about beer releases and news from the Portland and Oregon beer scene. And check out Andre’s beer reviews on Untappd, where he’s andremeunier13, and follow him on Instagram, where he’s @oregonianbeerguy.