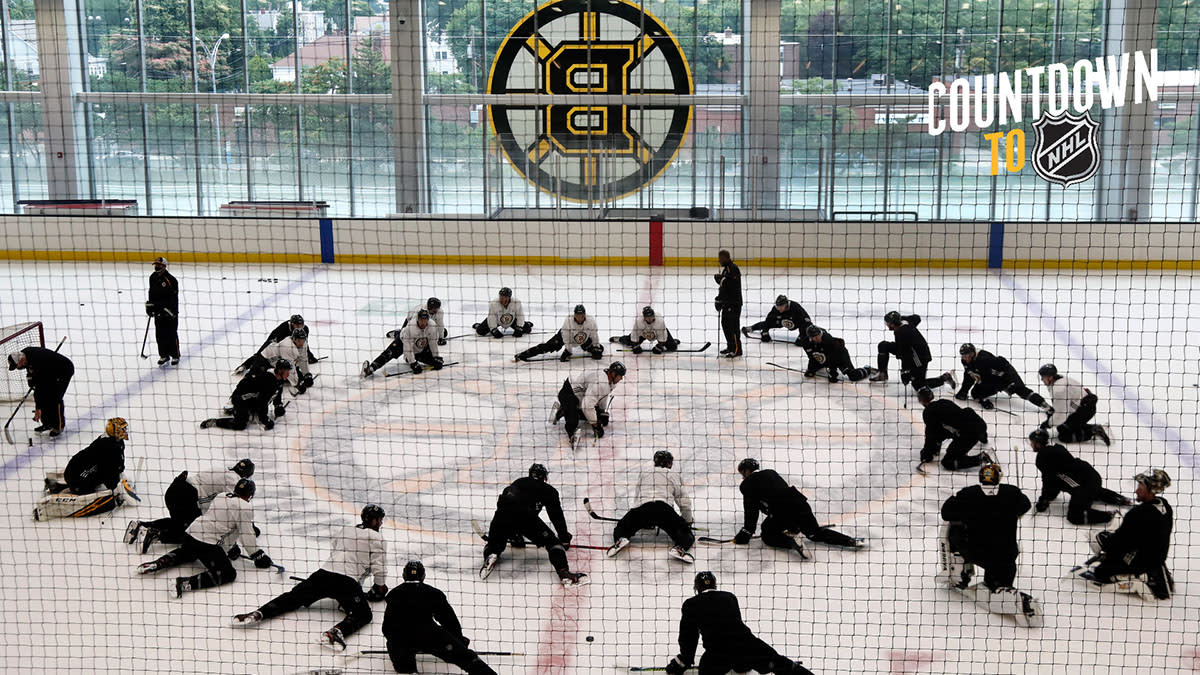 BRIGHTON, Mass. – With some of the confusion coming from the unwieldy “unfit to participate” phrase chosen by the NHL and the NHLPA to explain any player absences from the ice for the next few months, the Bruins were forced to do some spin control with the continued absences of David Pastrnak and Ondrej Kase on Friday morning.

Both Pastrnak and Kase were “unfit to participate” for the second straight day while staying away from the rink and Joakim Nordstrom was also absent for the same reason, though Bruce Cassidy confirmed Nordstrom would return to practice on Saturday.

There is no similar timetable for Pastrnak and Kase coming back, and Cassidy was quick to confirm on Friday that it had nothing to do with either conditioning or disciplinary action.

Cassidy was questioned whether the absence of the two Czech players had anything to do with social media photos of them out in the North End last weekend, or skating with local hockey teams earlier this week as well. Clearly, it’s got nothing to do with anything except the health of the players, who looked perfectly fit in their only day skating at Warrior Ice Arena on Wednesday.

“If the league allows them to work out on their own, then I’m okay with them getting their conditioning where it needs to be. What are the parameters of it? Are they near people that are at risk? Are they social distancing? Are they doing it the right way? That’s the term I’m going to use is ‘doing it the right way,'” said Cassidy. “If not and if they put themselves in harm’s way, then that’s obviously not a good thing. I won’t judge Kase and Pastrnak without all the facts of what happened before they got here.

“They came from Europe and like a lot of guys, they had to quarantine, separate from the team and then have ‘X’ amount of negative tests. If it’s just about having an amount of negative tests then they’re allowed to go about their business. This isn’t personal discipline against those two guys. If anything when you’ve been out that long you have to go the other way [and skate them more] to get them up to speed. We’re not disciplining anybody on our team right now for any individual action. This is all ‘unfit to participate’ right now. I’d love to tell you something different or better, but that’s what they are listed as right now.”

Here are the facts: Pastrnak and Kase looked healthy and fit when they skated at Warrior on Wednesday morning, and now they are both being kept away from Warrior Ice Arena with no exact timetable on their return.

This is about the NHL’s Return to Play policy, the phrase they are going to use for everybody who’s not on the ice and the complicated set of protocols involved with keeping COVID-19 outbreaks from happening as the NHL tries to put on the Stanley Cup Playoffs.