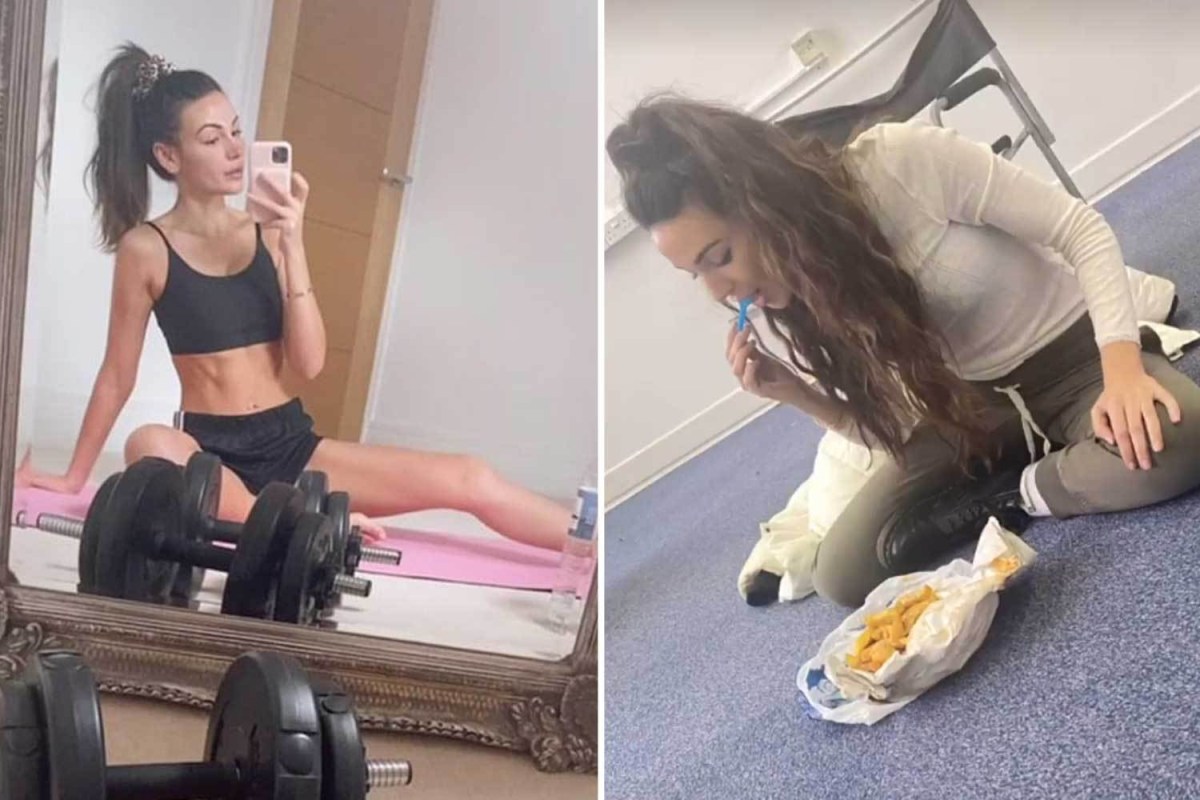 MICHELLE Keegan revealed that she is just like the rest of us as she broke her super healthy diet to indulge in fast food chips.

The 33-year-old star took to her Instagram Story this evening to proudly show off her lunch of salmon and greens.

But she went on to admit that she gave into temptation yesterday as she chomped on the greasy treat while sitting on the floor.

In the snap, Michelle is wearing loungewear, dressed in grey leggings and a simple white top, as she sits cross-legged on blue carpet.

Her long wavy hair is styled into a high ponytail, as normally seen on her Brassic character Erin – suggesting that the photo was taken in a break from filming.

The brunette beauty, who is famed for her toned figure, is excitedly tucking into the chips, which are still wrapped in the paper Fish and Chip Shops typically serve their food in.

Michelle added a gif that read: “All about balance, people”.

Last month, the actress tickled fans when she cheekily admitted that she had given up on Dry January after just eight days.

Posting to her Instagram Story, the star shared an image of Jennifer Aniston’s Friends character Rachel Green emptying a bottle of wine into a glass.

Michelle simply captioned the post: “Me… 8 days into ‘Dry January’.”

END OF AN ERA?

Run by Alcohol Change UK, Dry January is a campaign that encourages people to stop drinking alcohol during the first month of the year.

Michelle hadn’t previously mentioned that she was taking part in Dry January, but indulged in alcohol and food over the Christmas period.

Posting before New Year, the brunette beauty shared a photo of herself snuggled up with a glass of wine as she made the most of her break.

And in another Instagram photo, Michelle shared a glam selfie in red lipstick and a matching dress as she quipped: “Put the lippy on again for my 100th visit to my fridge!”