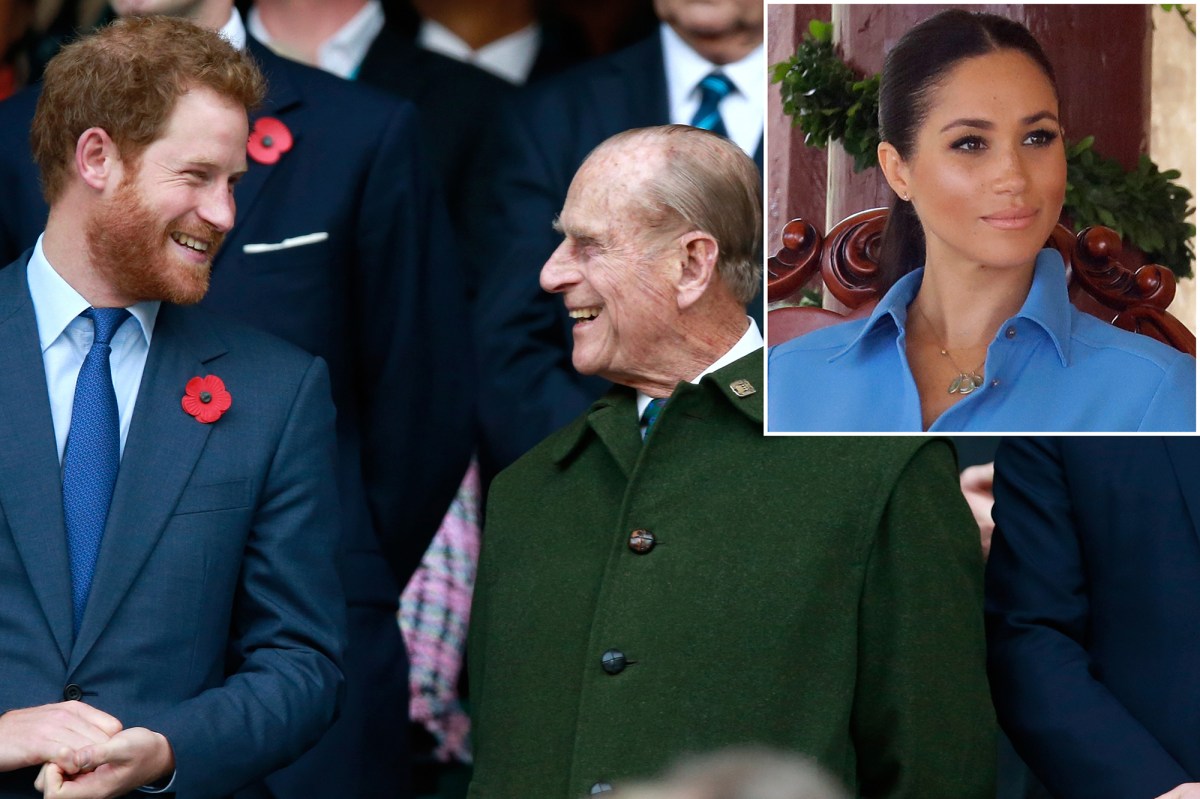 Meghan Markle isn’t going to Prince Philip’s funeral partly because she “doesn’t want to be the center of attention” — although the final decision was Prince Harry’s, a report said Monday.

Markle didn’t want to become the news at such a sad time, as furor continues over her and Harry’s explosive sit-down with Oprah Winfrey last month that raked the British royal family over the coals, her pals reportedly told the Daily Mail.

Markle also sees the funeral as a chance for her husband to try to privately heal his rift with brother Prince William and father Prince Charles without her in the picture, they said.

“Meghan said this is the opportune time for Harry to mend his relationship with his brother and his dad — she doesn’t need to be there for that,” a friend told the paper.

A royal spokesman said last week that the heavily pregnant Markle had been “advised by her physician not to travel” to Saturday’s private service.

The Mail reported that Markle’s mother, Doria Ragland, was insistent that her daughter not fly to England to attend because of health concerns — but ultimately, the decision on whether his wife would attend the funeral was left up to Harry, the pals said.

“[Markle] said she left it up to him as to whether or not she would attend the funeral,” a source told the Mail.

Besides, “Meghan said attending or not attending Prince Philip’s funeral isn’t going to change her relationship with the Queen,” the friend noted. “She said the Queen understands her absence and would want her to stay safe and healthy for the baby.’’

Markle’s mother “insisted that Meghan stay behind and support Harry from afar,’’ the source said.

“Like Harry, Doria is very protective of Meghan and doesn’t want to see her putting her own health at risk. Stress is the last thing Meghan needs right now.’’

Harry’s grandfather Philip died Friday at age 99, and the prince flew to London without Markle on Sunday to prepare for his funeral.

Harry and Meghan live in California after tossing aside their royal duties last year in a sensational move dubbed Megxit.

The pair alleged to Winfrey that Meghan has been the victim of racism in the UK — and that an unnamed blueblood expressed concern to Harry over how dark their son Archie’s skin would be.

Harry also whined about his fractured relationships with his brother and dad over Megxit, among other things.