Matt James’ Sneakers Could Be the Latest ‘Bachelor’ Spoiler 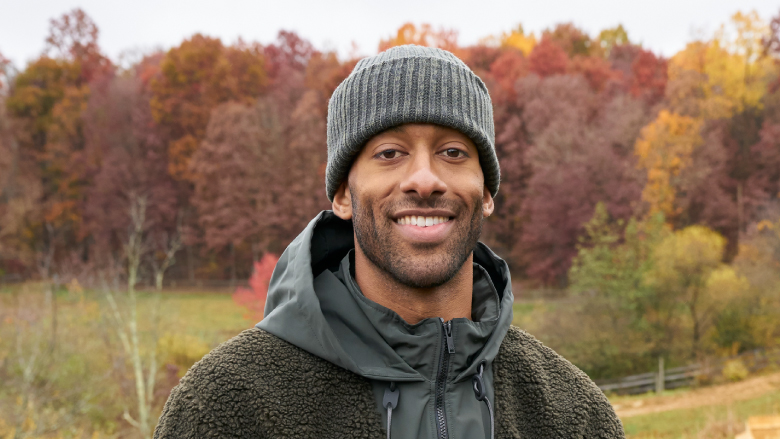 Matt James is the Bachelor for season 25 of the hit dating show.

Matt James hasn’t been too careful about what he’s posting on the internet, and it appears as though he may have just spoiled his season of The Bachelor for a third time.

Fans have been keeping a very close eye on James, ever since someone noticed that he’d been listening to a Spotify playlist that was created by his rumored girlfriend and final-rose-receiver, Rachael Kirkconnell.

Just last week, fans started to put something else together. Each Monday night, James has been taking to his Instagram stories to share that he’s making charcuterie boards to snack on while he watches the show. Kirkconnell is a huge fan of charcuterie boards, according to her ABC bio.

Now, it seems that Matt James may have given another major clue about the woman he chooses in the end. Fans noticed that he and Kirkconnell are both wearing very similar sneakers in their recent respective Instagram posts. Fans were quick to pick up on the tip, and are even more convinced that James and Kirkconnell are a thing.

Kirkconnell has not been super active on social media since filming The Bachelor. She has, however, posted a few Instagram stories over the past couple of weeks.

The photo set above marks her official return to the social media platform; it’s the first photo that she has uploaded to her account since December 10. In the first pic, Kirkconnell is seen sitting on a curb with her arms crossed. She’s wearing black, purple, and blue tie-dye sweat pants and a matching, long-sleeved top.

In the forefront of the photo, you can see her white Nike sneakers with neon pick Nike swooshes on the sides.

Sitting next to Kirkconnell on the sidewalk is a green drink, which lends to her caption.

“Drinks one green juice, ‘I’m so healthy’,” she captioned the post. She added a hashtag that read “swipe for a surprise.”

In the second photo, Kirkconnell is wearing the same outfit while holding a puppy — the surprise. She appeared to be in a nail salon.

Matt James took to Instagram on Thursday to share a video of himself hitting a skateboarding park. Dressed casually in a pair of black slacks and a white graphic T-shirt, James showed off his balancing skills.

Fans were quick to notice that James was wearing a pair of Nike sneakers that looked very similar to the ones that Kirkconnell was wearing in her recent Instagram update. While it doesn’t appear that the sneakers are identical — James has one pink and one purple shoe on each foot — it seems that there may be a not-so-secret message being sent.

James didn’t draw much attention to his sneakers, simply captioning the video with, “skateboarding is fun.”

He uploaded a photo a short time after in which he was wearing another pair of Nike sneakers, only this time they featured a baby blue colored Nike swoosh on the sides.

READ NEXT: Rachael Kirkconnell on ‘The Bachelor’: 5 Fast Facts You Need to Know