Kelly Dodd’s Net Worth: 5 Fast Facts You Need to Know 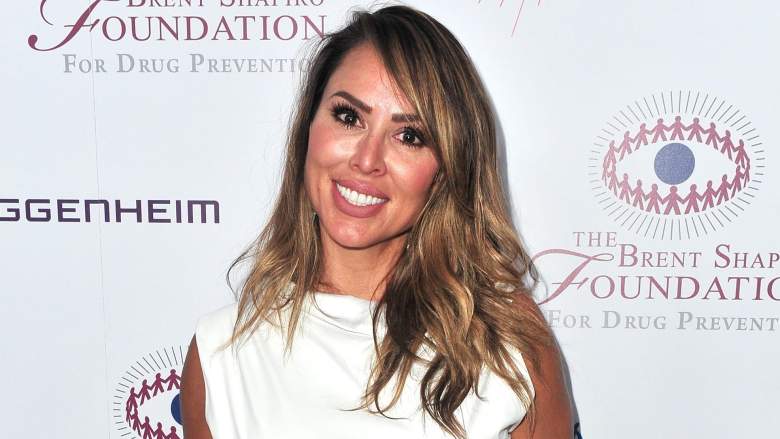 Throughout the past few years, Kelly Dodd has made a splash on The Real Housewives of Orange County. On the show, Dodd has shown viewers her lavish lifestyle, including her new rental home that was featured on the premiere of Season 15. Dodd recently married newscaster Rick Leventhal and has a 14-year-old daughter named Jolie from a previous marriage.

According to Celebrity Net Worth, Dodd has a net worth of at or around $10 million. So, where does all of her money come from? Here’s what you need to know about Kelly Dodd’s net worth:

1. Kelly Dodd Makes Money From Appearing on ‘The Real Housewives of Orange County’

Of course, Dodd makes money by being a cast member of The Real Housewives of Orange County. Dodd made her debut on the show during Season 11 in 2016, and has stayed on the show ever since. According to Radar Online, when Dodd first started her Housewives career, she was only offered $150,000 to come back for a second season.

However, it seems like Dodd has gotten a pay raise since her second season. Earlier this year, Radar Online reported that Dodd was the second-highest paid member of The Real Housewives of Orange County, with her costar, Shannon Beador, being the first.

2. Kelly Dodd Has Stake in a Beverage Company

In February 2019, Dodd announced on her Instagram page that she had become the co-owner of a beverage company called Positive Beverage. “I’m so excited that I now own part of my favorite beverage company @PositiveBeverage that’s super healthy and people can afford,” Dodd wrote on Instagram at the time.

According to its website, Positive Beverage is more than just regular water. The beverage promises to contain a “perfect combination of vitamins, calcium and electrolytes along with natural flavors while remaining free of artificial colors and sweeteners.”

It looks like the company is doing well, too–on August 12, Dodd announced on Instagram that the beverage was being served at MGM Resorts. “When your names with Fiji water and Red Bull, the two largest beverage companies in the world, that’s pretty ‘Baller’,” Dodd wrote in the Instagram caption.

3. Kelly Dodd’s Ex-Husband Was the President and COO of LeapFrog

According to Showbiz CheatSheet, when the couple got divorced, they sold their home for $5 million, which earned a profit of $1.4 million.

In 2018, Dodd told Glamour about her divorce, “I’m happier, my daughter’s happier. She tells all her friends she likes her parents not being married. Because now her friends’ parents are splitting up, so she’s giving advice to the other kids. ‘Hey, listen, it’s not so bad. It’s actually better. It’s quiet in the house. There’s no tension.’”

In October 2020, Dodd got married to Rick Leventhal, who is a senior correspondent at Fox News. According to Celebrity Net Worth, Leventhal has a net worth at or around $3 million. Before Leventhal got married to Dodd and moved to California, he had an apartment in New York City and he also currently has a home in The Hamptons, according to Bravo.

“I’m beyond excited for our future together,” Dodd told People in November 2019, shortly after she got engaged. “Rick is my best friend. My partner in crime. I’m so in love. I can’t believe this happened to me. I feel like I just won the lottery.”

Dodd continued, telling People about her engagement, “He said this amazing speech about our love and then got down on one knee and pulled out this giant ring. I couldn’t believe it!”

As she has shown during this season of The Real Housewives of Orange County, Dodd recently moved into a new home, and it’s in the same neighborhood as costars Braunwyn Windham-Burke and Shannon Beador!