Skip to content
Quantic Dream, the studio behind AAA narrative adventures like Heavy Rain and Detroit: Become Human, has long been one of France’s most famous video game developers. Now, they’re expanding into North America with the announcement of a new studio in Montreal, Canada.Founded by David Cage in 1997, Quantic Dream has made a name for itself with story-driven, graphically sophisticated titles, most recently with Detroit: Become Human. For its Montreal studio, Square Enix Montreal founder and Eidos Montreal alumn Stéphane D’Astous has been tapped as General Manager for the new location.

IGN spoke exclusively with Quantic Dream founder and CEO David Cage, Co-CEO Guillaume de Fondaumière, and D’Astous about the new Montreal location, Quantic Dream’s goals for the location, and its future now that it is a third-party studio.

The Relationship Between Quantic Dream Montreal and Paris

Quantic Dream games have been lauded for innovations in technology and visual storytelling. As such, there’s often a long time between the release of Quantic Dream titles. Cage says that despite opening a new, “human-sized” studio, the goal isn’t simply to make games faster:

Have you played Detroit: Become Human?

“With this opening, we are following a long-term vision to seek the best and most experienced talents having specific expertise, people who are passionate and want to work on innovative and ambitious AAA games. Our goal is not to expand, nor accelerate cadence and become a ‘factory’ with this new studio.”

D’Astous agreed, adding, “Time and schedule are obviously an important factor in developing AAA games, but please do not think by adding a second studio we will cut the dev phase in two. The ambition of our next game is great and we will release it when it is ready, as we have all other games that were released from Quantic Dream.”Rather than two studios, D’Astous says Montreal and Paris are “one unified body located in two regional hubs.” As such, the two offices will collaborate on “the same new unannounced AAA title.”

“We have structured the relationship between the two entities so that they work together as one team with a distinctive core perimeter on both sides in order to build this project together,” D’Astous says. Something that helped the process of collaboration — not just between Montreal and Paris, but all Quantic Dream developers — were the new COVID-19 protocols that allowed the studio to recruit new talent who didn’t want to live in Paris but can still collaborate with the studio remotely.

In 2020, Quantic Dream announced that after 12 years the studio will no longer be make PlayStation exclusive games, instead returning to multi-platform development. Although developing for a single platform allowed the developers to focus on optimizing for one piece of hardware and controller, Cage says the studio’s internal tools and pipelines were using their PC engine, so multi-platform development is not new.

The challenge is actually in next-gen game development, which Cage says requires new pipelines and new tech. “This is the reason why we keep investing in our infrastructure… we are always looking for the best talent to reinforce our R&D department, which today is 60 staff strong. We also secured funding to compete with the best AAA studios in the world.”

As part of this commitment, Cage says Quantic Dream renewed its motion capture studio, added a 7.1 surround sound studio, and is building a high-end photogrammetry studio.When asked what about next-gen tech Cage finds exciting to work with, he says that it’s actually lighting which excited him the most. “As cinema showed, [lighting] is a language by itself. Hardware always had heavy constraints that altered the quality of real-time rendering, but it feels like the present generation of consoles will see a real gap in this area with new features like ray-tracing.”

Other focuses include improved AI, dynamic destruction, more interactive environments, and even increased crowd sizes. “We’ve reached a point where the limits will be the imagination of the developers,” Cage says.

But what about the new unannounced AAA game? Will it be a similar narrative-style game as past Quantic Dream games? Details are being kept hidden, but Cage tells IGN that he and the developers are interested in new genres and directions.

“As a designer, my professional journey made me discover that I really enjoy telling interactive stories in which players are the heroes, that creating emotion in a game is something challenging and fascinating, that I love to create meaningful experiences questioning players’ moral values… But I also believe that there are other ways of telling moving and emotional stories that we haven’t tried out yet, and I am really interested in exploring new directions.”

At 51 years old, Cage says he is not at the stage in his career where he wants to “milk the cow, and just make more games in the style that we created in the past.”

“Each game has its own language, its own voice, and repeating things that worked in the past is not necessarily a good recipe to move forward,” says Cage. “You can expect a continuity in our intentions, but we also want to continue experimenting and trying new ideas. This is what our team really likes, and I think what our fans also expect from us.”

D’Astous says that with the studio’s next game, “we hope, will demonstrate our ongoing pursuit to craft superior-quality and innovative games enjoyed by millions.”

As a Third-Party Publisher

Quantic Dream also announced in 2019 that it will work as a publisher as well as a developer. Guillaume de Fondaumière says the Montreal location will help Quantic Dream set up a publishing presence in North America so that the studio can release both internal and third-party titles worldwide.

“We are interested in publishing games in any genre, as long as they are original and creative, and that they stand out,” says de Fondaumière. “We offer these studios funding and publishing capability, of course, but most importantly perhaps, also creative and development support, access to our infrastructure and expertise in different technical and artistic fields, and much more.”

Quantic Dream is already working with Jo-Mei studio on Sea of Solitude: The Director’s Cut and Red Thread Games on Dustborn.

One of the most damning allegations was from the studio’s head of IT who filed a complaint that claimed photoshopped images of employees featuring racist, sexist, and homophobic elements were created by some staff and distributed around the office.

After the matter was brought to a Parisian labor tribunal, the Paris Labor Court awarded the former employee €7,000 who was photoshopped doing a Nazi salute. In a statement, Quantic Dream said the fine was for a “security obligation,” and not over any deterioration in working conditions for the employee. Though Le Monde quoted the judge in the tribunal chastising Quantic Dream’s management for “remaining passive in the face of this more than questionable practice[.]”When asked how Quantic Dream will foster a healthy work environment in its new studio, Cage first said that “all allegations about our studio have been indisputably proven wrong by verifiable facts, independent audits, the French Labor Court, state agencies, independent journalistic investigations, and by our employees themselves.”

Cage says Quantic Dream has built a diverse team who are also shareholders in the company, owning 10% of the capital – a benefit that will be extended to its Montreal employees.

Nevertheless, Cage says that the employees at Quantic Dream have a variety of tools to build a healthy work environment. There are dedicated representatives who accept any issue anonymously, and there is a third-party anonymous investigation into the company every year.

As for the new studio, Cage says there will be a dedicated human resource team “operating locally whose mission is to specifically ensure that any workplace issues that may arise are dealt with in a swift and professional manner.”

Management will also undergo harassment training in both Paris and Montreal “to be best prepared, to better know, to identify, and to best react to such incidents, if they ever were to happen at our studio.”

“We are very proud of our team spirit, our collaborators are very attached to the studio, its ambition, its projects, its culture of excellence through passion, and work through friendships,” Cage says. “These are some of the values that we will share with our studio in Montreal.”

Matt T.M. Kim is a reporter for IGN. 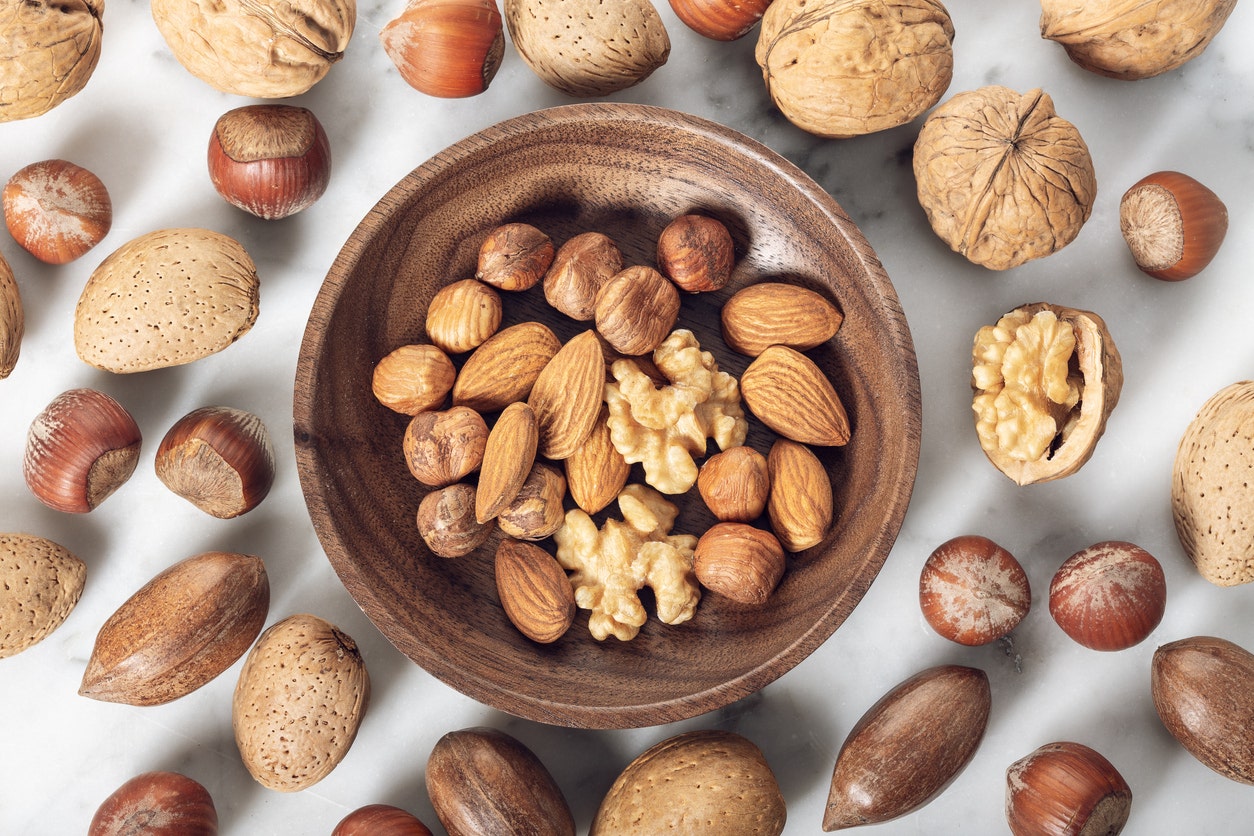 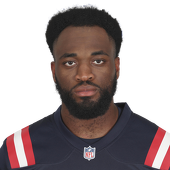