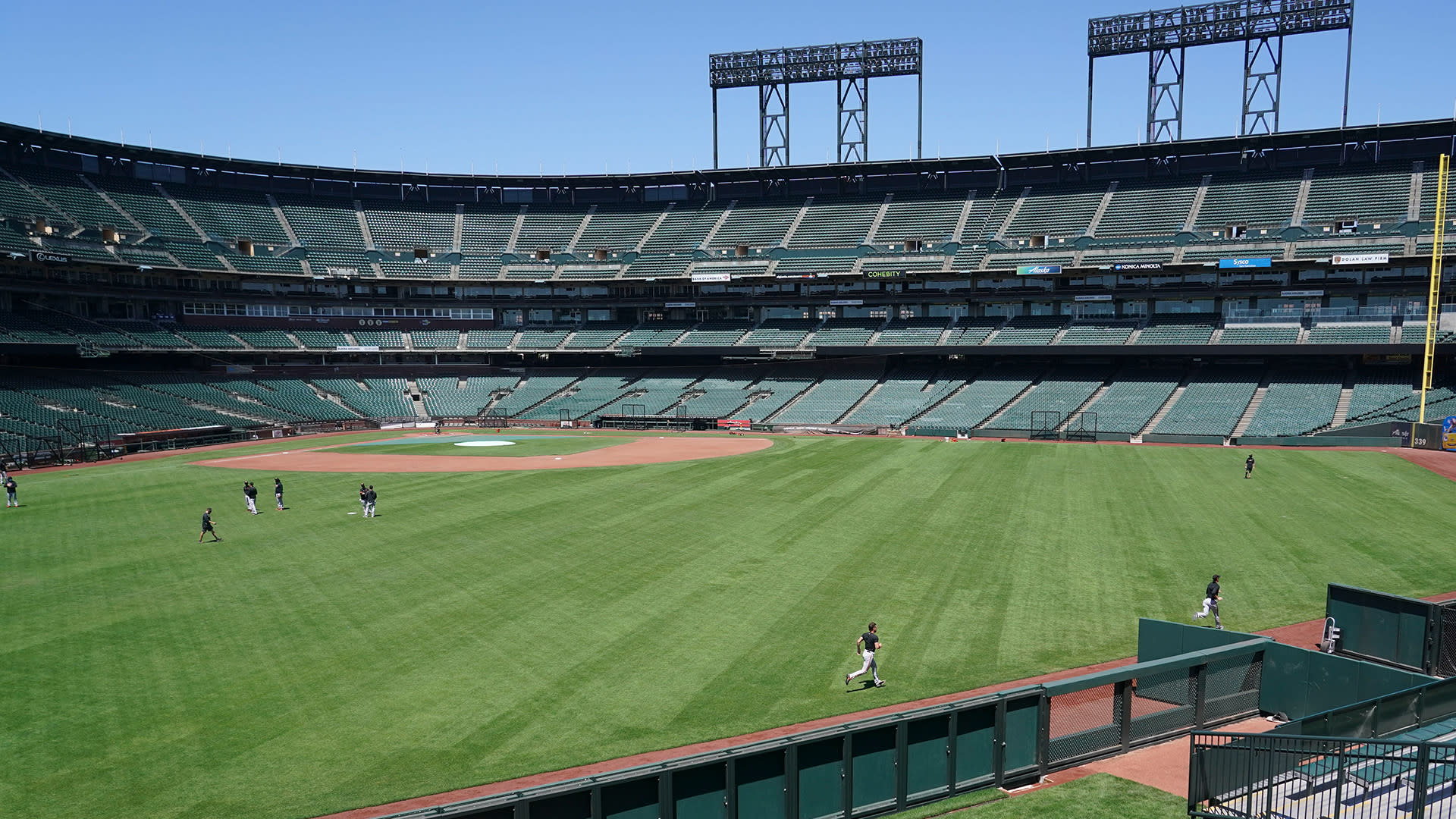 One of the most incredible Giants facts of the last decade has nothing to do with Buster Posey’s bat, Madison Bumgarner’s left arm or Brandon Crawford’s glove. It’s about left field, and includes guys like Connor Joe and Nori Aoki.

The Giants have started a different player in left field for 12 consecutive years, a streak that dates back to Barry Bonds’ final season in 2007. The list starts with Dave Roberts, now in his fifth season as manager of the Dodgers. It includes Fred Lewis and Jarrett Parker and Angel Pagan, and a handful of sluggers with varying levels of success.

Next Thursday, the list likely will swell to 13. While Hunter Pence started in left field in 2018, he looks headed for DH duty this season, especially early on as he recovers from a sore foot. The Giants might look to rookie Jaylin Davis, or perhaps they’ll send veteran Darin Ruf out there to get his bat in the lineup against Clayton Kershaw. Maybe they’ll keep it simple and go with Austin Slater.

Either way, left field remains a carousel, and the rest of the outfield isn’t all that much more stable. Eight different players have been part of their first-game outfield the last three years, with only Pence doubling up. This has been an ongoing issue for the Giants, and while the future — Heliot Ramos, Hunter Bishop, Alexander Canario and others — looks bright, Gabe Kapler will enter his first season trying to answer the same outfield questions that plagued Bruce Bochy in his latter years.

“Beyond Hunter we just don’t have guys with five, six, seven years of track record to lean on,” Kapler said earlier this week.

Even Pence, now 37, only can be leaned on to a certain extent. The Giants brought him back because he slugged .636 against lefties last season with the Rangers, and that will be the majority of his job. While Pence always will give you all he has when the bell rings, Kapler has been clear that nearly all of his work will come against southpaws.

“We’re trying to keep his body healthy,” he said. “He’s a veteran player with a lot of dirt in his spikes and years under his belt, and our goal is to keep Hunter Pence healthy and thriving throughout the season.”

Pence and Alex Dickerson once looked headed for a left-field platoon. Now they could split up a lot of the DH starts, with Dickerson standing as a serious threat against right-handers. But the Giants still need three outfielders every night, and they have just one who looks like an everyday player. Mike Yastrzemski hit righties and lefties in his breakout rookie year, and he can handle all three outfield spots.

“Yaz was sensational last year and we want to allow him to build on that success, so we’re going to give Yaz opportunities,” Kapler said.

Mauricio Dubon looks like part of the solution, although he also is a strong infielder and should see plenty of time at second and short. Slater also is versatile defensively, and while he hasn’t quite put it together at the big-league level at the plate, he’s having a strong Summer Camp. Steven Duggar is, too, and Kapler has mentioned him as an option against right-handers. Billy Hamilton is back in camp, but he won’t be ready for the opener. Joey Rickard is the only non-roster invitee other than Hamilton who has big-league experience.

There are options. There are ways to mix and match. There just isn’t a lot of certainties.

“I think the competition is much more about what players have done in the past and then allowing them to compete to show us that they’re capable of much more than their track record suggests,” Kapler said.

Which brings us to Davis, the player the Giants feel is most likely to follow Yastrzemski’s path and turn into an everyday option if given the chance. Acquired last July, the powerful 25-year-old hit 35 homers in the minors last year but went 7-for-42 with one home run as a September call-up. He did not have a particularly strong spring and still has not found that 2019 form during this second camp, but the Giants still are believers.

They want to give Davis plenty of time. They’re hopeful that 60 games from now, he looks ready to fill one of the gaps on a more permanent basis.

“Jaylin wants to prove to us that he is an everyday major league player,” Kapler said. “To date, all he has proven is that he is a capable minor league hitter, but please know that we see much more for Jaylin Davis. His engine is strong, his speed is elite, his arm strength is there, the bat speed is awesome. We see an everyday player in there and we want to give him the opportunity to get there, and part of that opportunity is this competition in camp.”