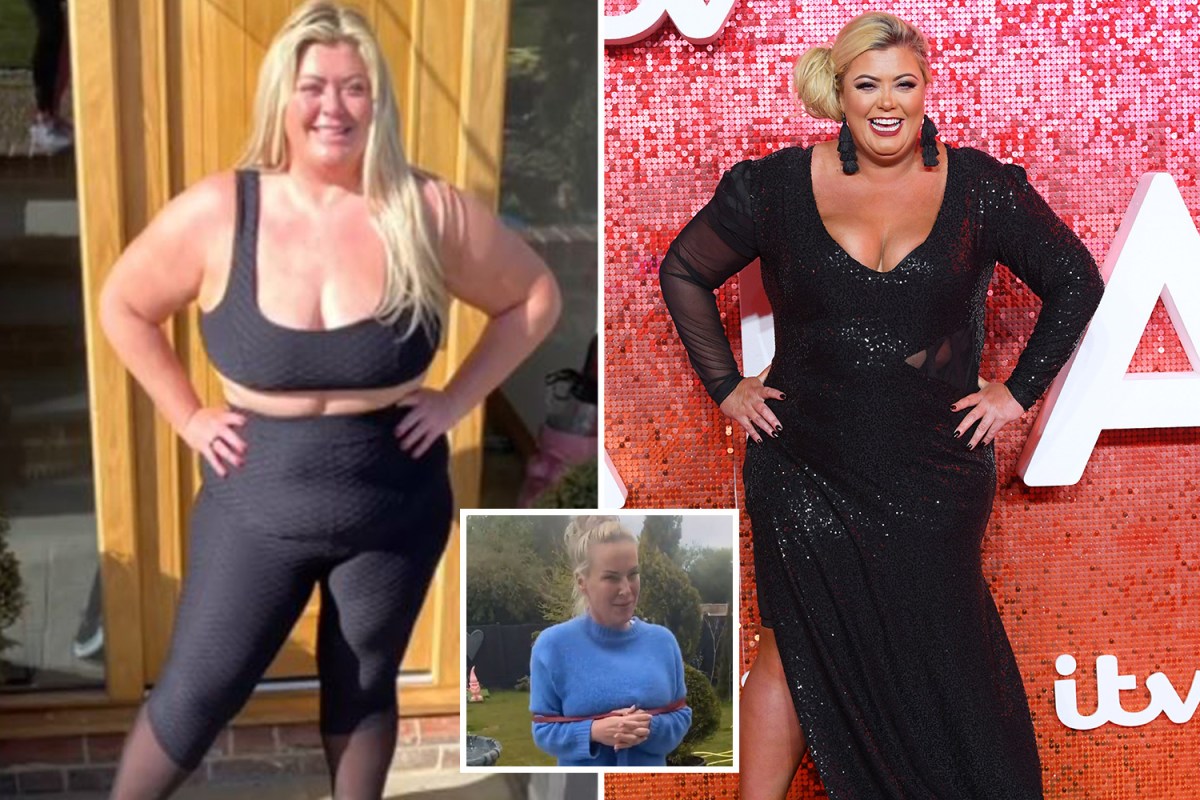 GEMMA Collins begged her personal trainer for a rest day after committing to a lifestyle overhaul which has seen her shed three-and-a-half stone.

The GC called on CJ, of CJ Fitness, to cut her some slack during an intense outdoor workout – yet was met with a firm but fair “no.”

Reality star Gemma achieved her mammoth weight loss after focusing on her well-being and she’s even had a little bit of help from Body Coach Joe Wicks.

She recently showed off her new figure in a black crop top as she tackled battle ropes in her garden but this time stayed off-camera as she worked out.

The TOWIE favourite, 40, took to her Instagram Stories to capture CJ jogging on the spot, with a resistance band across her chest.

Presumably doing the same cardio exercise, she can be heard from behind the lens asking: “Can I have a day off?”

To which her trainer, still jogging on the spot and wearing striking patterned leggings, replied: “No you can’t!”

Not giving up, Gemma added: “Please?” to which she was met with the blunt answer: “No you can’t Gem, come on.”

The pair could then be heard giggling as they continued their sweaty session.

James Argent’s ex is so committed to her new lifestyle that she pulled on her bold workout gear the morning after a boozy night out.

Gemma confessed she had a couple of glasses of wine the evening before, admitting they left her feeling ropey today.

But she said it’s important to get up the next day and carry on as she motivated fans to stay healthy – after recently shedding another 5lbs.

Speaking about her health kick in her garden, she rallied her fans and said: “Yes we all went out yesterday, I did, everyone did but we’ve got to get back on it today so I thought I’m going to spoil you lot with a little video of what I do to hopefully keep you motivated.

“Everything’s open now, can we resist the temptation?

“I did go out last night and had two glasses of wine, and I feel it today.

“So I’m just putting this out there for anyone who had a few little drinks today because I’m going to be honest, well deserved, because part of a lifestyle change if you go too hard it’s easier to fall of the wagon. And I just want to say, don’t be hard on yourself.

“I’m just coming on here to say I can really feel it today.”

She was quickly thanked by fans who also loved her workout look of black and white leggings and vest.

The self-confessed diva now says that she’s “obsessed” with natural ways of losing weight including healthy eating and exercise and regrets promoting SkinnyJabs.

Gemma was among the many celebrities who came under fire from fans, who slammed her for promoting the “dangerous” jabs.

Experts have previously warned that they could be “life threatening” and should always be prescribed by a doctor.

To cement her change of heart, last month The Sun exclusively revealed Gemma will launch her own fitness empire after signing a big-money deal.