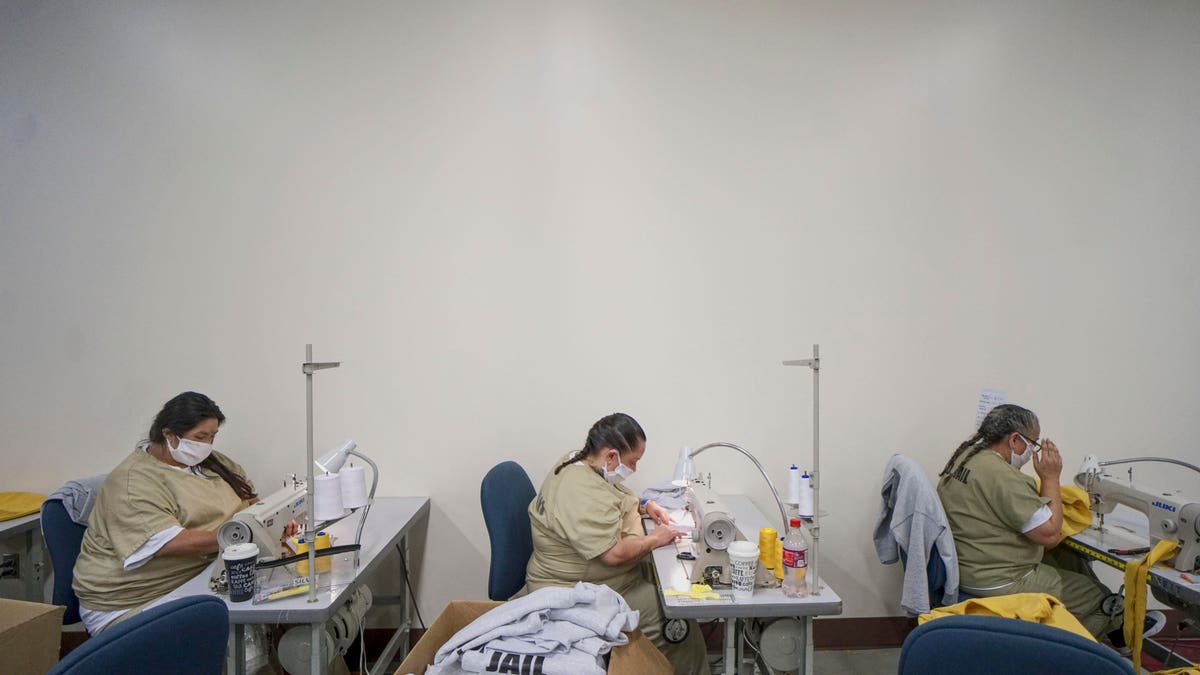 A Justice Department investigation published Tuesday piled on criticism of how the federal prisons system has handled the coronavirus pandemic, sourcing one of the deadliest outbreaks at a facility in Louisiana to “numerous failures” in officials’ response to the virus.

A months-long “remote inspection” of FCC Oakdale, a low-security federal corrections complex in Louisiana, concluded that a series of management failures worsened a March outbreak at the prison, where 1,823 inmates contracted the virus and eight died.

Most shockingly, the report found that in mid-May, Oakdale violated BOP and Centers for Disease Control and Prevention guidance by leaving some inmates who had tested positive for the virus in their housing units for up to six days without being isolated as Oakdale’s acting health services administrator thought asymptomatic positive inmates would pose a low risk of transmission to others.

“Correctional staff and inmates in the housing units were not immediately advised of the inmates’ positive results or instructed to wear appropriate [personal protective equipment],” the report noted.

Furthermore, despite BOP guidance, screening inmates for coronavirus wasn’t instituted until after the outbreak began and the prison did not limit the movement of inmates until it identified its first Covid-19 case.

Staff told the inspector general that there was a shortage of PPE so dire that “supplies were being taken from the complex medical unit after hours and without permission” and on many occasions were forced to work longer shifts—reaching as much as 40 hours straight.

Mismanagement of the coronavirus pandemic is not unique to Oakdale. Reports and class-action lawsuits filed by inmates allege numerous facilities did not adhere to coronavirus safety standards outlined by the BOP. The Marshall Project, which closely tracks coronavirus outbreaks among incarcerated populations, has reported federal prisons ignoring inmates’ Covid-19 symptoms, mixing sick and healthy inmates together, moving inmates from facilities with outbreaks to those without and attempting to conceal outbreaks by limiting testing. While Attorney General Bill Barr has twice issued orders to release medically vulnerable inmates, federal prisons have denied 98% of compassionate release requests and the BOP has transferred less than 2.5% to home confinement. The system is currently battling 3,336 cases among inmates and 1,078 among staff, according to the BOP’s coronavirus tracker. One of the largest outbreaks is at FCI Fort Dix, a low-security federal prison in New Jersey, which developed cases in early October, a few weeks after the BOP transferred new inmates in from two other facilities, including FCI Oakdale. As the number of cases rose to 238, predominantly centered in one building where nearly every inmate has now tested positive for the virus, members of New Jersey’s congressional delegation, including Democratic Sens. Robert Menendez and Cory Booker, called on the BOP to halt inmate transfers to Fort Dix, expressing “grave concerns” about how officials have handled the outbreak.

An inmate from FCI Fort Dix, who has since tested positive for the virus, told Forbes that he was scared for his life and felt the prison egregiously mismanaged the at-the-time burgeoning outbreak. “They have no accountability, it’s not fair,” said the inmate, who himself is now Covid-19 positive. “Regardless of crimes committed and sentences that are deserved, that does not give them the right to disregard our safety.”

Maria Morris, a senior staff attorney at the ACLU’s National Prison Project who recently worked on a lawsuit against FCI Butner Low in North Carolina, another federal prison that housed a deadly outbreak, told Forbes that one of the BOP’s biggest failures is a lack of testing. The BOP does not test staff (disclosed by the BOP itself) and, unless there is an outbreak, infrequently tests incarcerated populations. “Corrections institutions have continuously failed to take even the most basic life-saving measures to protect incarcerated people from COVID-19,” wrote Morris in the lawsuit against FCI Butner Low, calling the outbreaks a “humanitarian crisis.” “Prisons and jails are the sites of the biggest hotspots for COVID-19 everywhere in the country,” she added.

182,776. That’s the number of inmates at state and federal prisons who have been diagnosed with Covid-19, according to data compiled by The Marshall Project and The Associated Press.

“‘I Begged Them To Let Me Die’: How Federal Prisons Became Coronavirus Death Traps” (The Marshall Project)