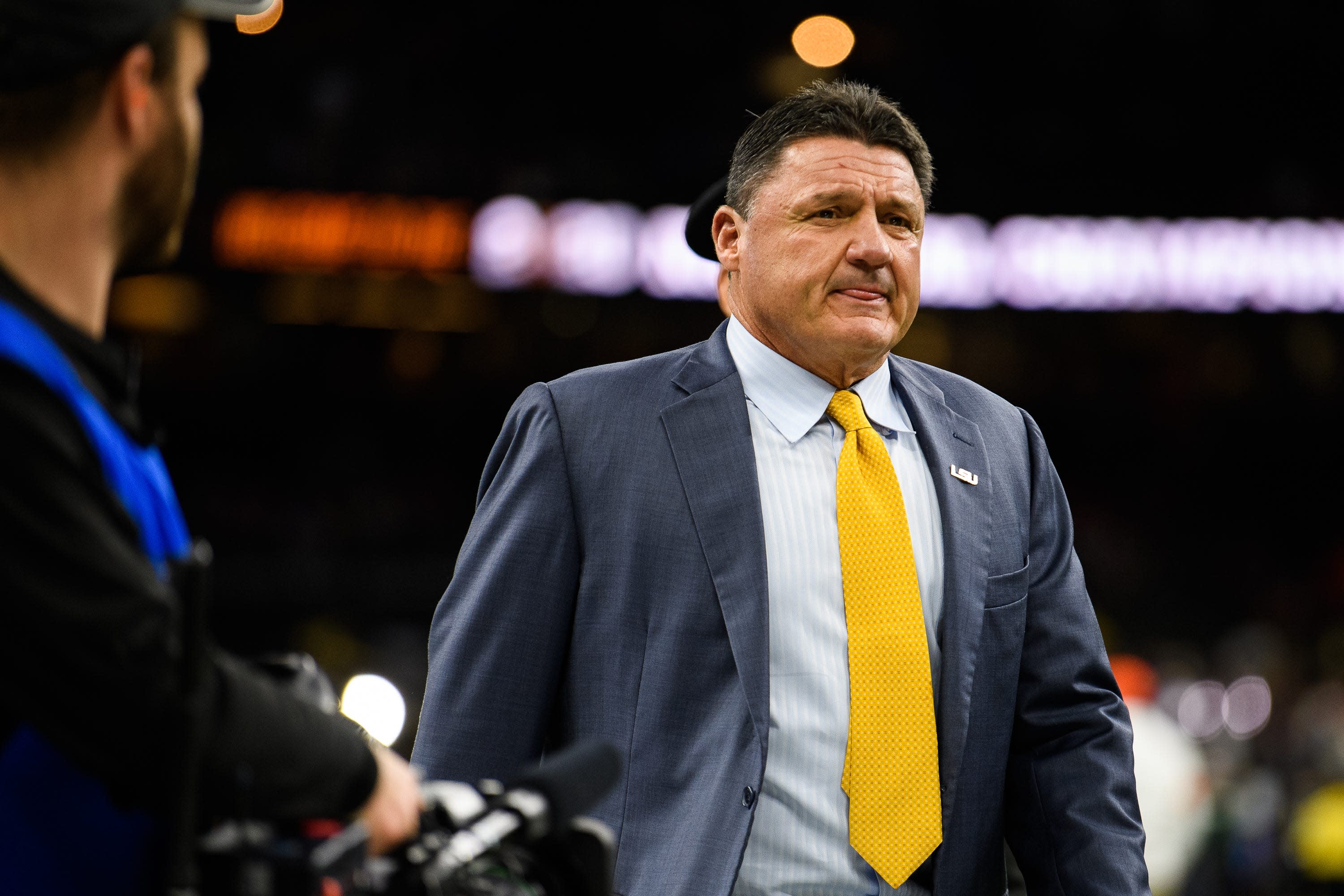 “We need to play. This state needs it. This country needs it.”

Those are the words of LSU head coach Ed Orgeron during a panel discussion with Vice President Mike Pence Tuesday. The two agree: “We need football,” and they confident that they can handle the coronavirus while going through the season.

[email protected]_pence after Coach O’s remarks earlier about resuming football this fall: “I’m very confident that our universities can develop plans to safely reopen campuses and restart sports programs.” He said the two talked privately about it at more length.

There are so many things wrong with Tuesday’s media event between the LSU head coach and VP Pence, it’s hard to know where to begin.

This comes on the heels of VP Pence saying, “We don’t want CDC guidance to be a reason why people don’t reopen their schools.”

From the onset, it appears decision making will be made with one main factor: The bottom line.

Colleges and universities stand to lose tens of billions of dollars in the wake of the COVID-19 pandemic. If sports don’t go on as scheduled, the losses grow that much more.

Orgeron’s comments are not new. Oklahoma State Mike Gundy caught a lot of heat for his comments regarding sports during a pandemic.

“They’re all in good shape,” Gundy said in in April. “They’re healthy. A lot of them can fight it off with their natural body, the antibodies and the build that they have. There’s some people that are asymptomatic. If that’s true, then we sequester them. And people say that’s crazy. No, it’s not crazy because we need to continue and budget and run money through the state of Oklahoma.” — Mike Gundy

What’s baffling, given the current parameters surrounding college football’s approach to the COVID-19 pandemic, is that somehow one can shoo away an airborne virus.

You can’t just tape someone up more when it comes to contracting COVID-19!

And yet, some seem hellbent on carrying on based on feeling, desire- not science or facts.

They’ve trained their whole lives for the opportunity to play their sport. – Jim Harbaugh

Mind you, these comments come from coaches who make $7.5M and $6M each, respectively (without incentives).

These desires and possible decisions seem to be occurring unilaterally of what unpaid college athletes actually want.

And if you ask them, you might get a response similar to this…

And sure, some share in Oregeron and Harbaugh’s point of view and competitive spirit.

But, to make college football happen, one needs more than the players. You need coaches, trainers, other support staff, transportation, security… and those people, the majority of them, may be more vulnerable, may be at higher risk. Those people may not be able to “fight it off with their natural body.”

And for what…? Our amusement?

Power 5 conferences have begun to shift to conference-only schedules. There are guidelines in place for voluntary workouts. But, programs have had to shut activities down due to outbreaks.

How can you ensure the safety of players and the thousands it takes to make college football happen without a vaccine?

And what safeguards are ACTUALLY in place to protect the long-term health of unpaid student athletes?

Here are demands that student athletes should make:

We all want football. That’s not the question. But there’s no way to ensure the safety of everyone involved and more people would die unnecessarily because of it.

Is the potential for people dying worth our amusement?