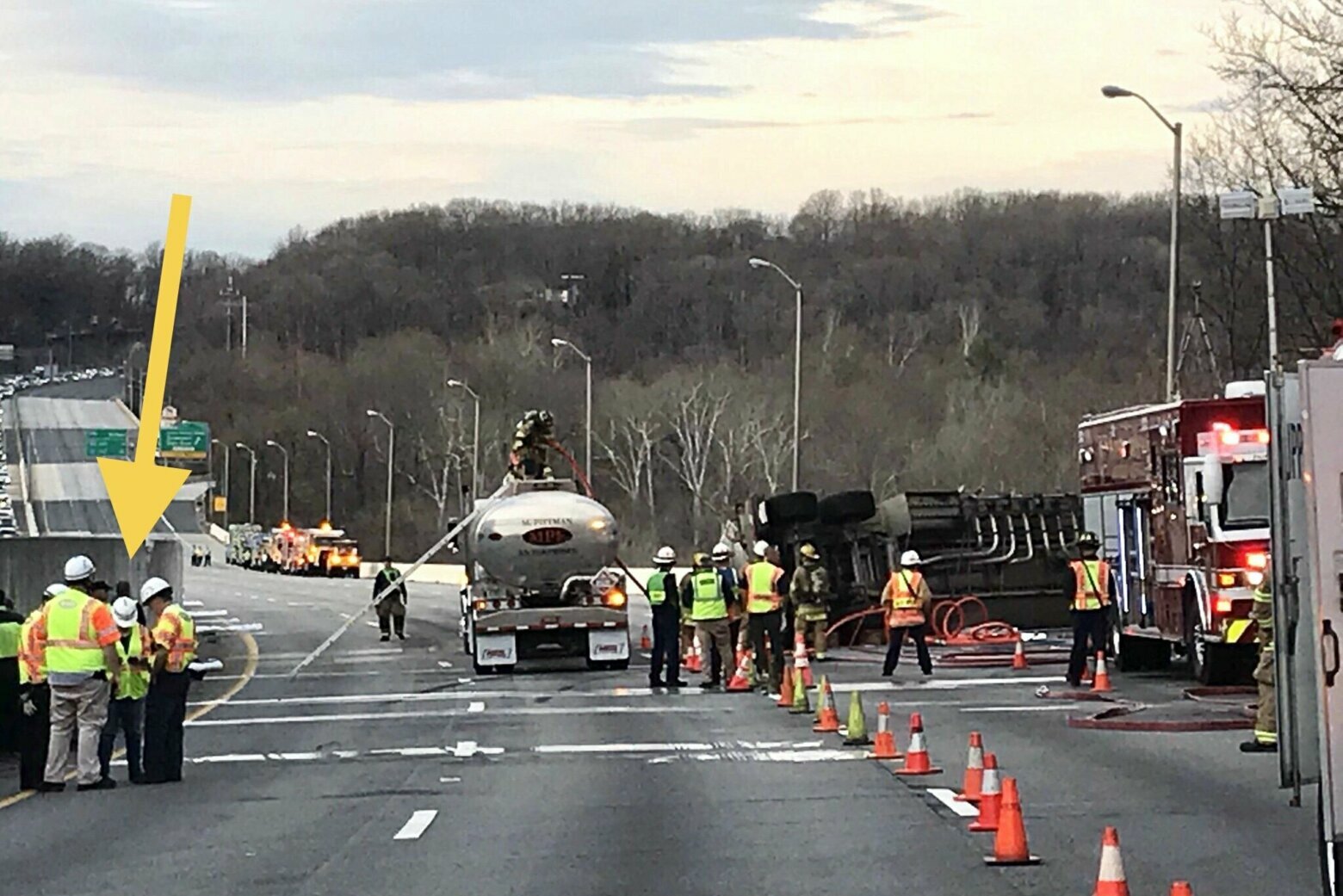 When you think of D.C.-area transportation agencies, “comedy” probably isn’t the first thing that comes to mind. But that’s what makes the official Northern Virginia Department of Transportation Twitter account a standout.

It provides information crucial for drivers and a healthy, sometimes gut-busting, dose of humor, which always seems in short supply during the coronavirus pandemic.

And you can thank VDOT Spokesperson and Senior Public Affairs Officer Ellen Kamilakis for that.

Kamilakis told WTOP she started tweeting for the agency right about when she started her gig in 2015.

“It has definitely been a slow ramp-up and development into the force that it is now,” Kamilakis said of the account, which has amassed roughly 39,600 followers.

According to Kamilakis, her boss realized the Twitter handle was “going in a different direction” in the middle of a blizzard in January 2016 when an area reporter put out a story that got the facts wrong.

“So the reporter was going to air a story with a correction, and he had tweeted that, and so I just responded back with: ‘brb getting the remote,’” Kamilakis said.

@VaDOTNOVA isn’t the first government social media account Kamilakis has been behind — she used to run the Fairfax Connector account when she worked for the county.

“I’ve been dealing with social media for a while, and I’ve always been of the belief that social media is not just another website, or a version of a website,” Kamilakis said. “It has to be a two-way dialogue. It has to be engaging and it has to be human and sociable above all else.”

“And I feel like we’ve really seen success in showing the human side, behind the agency — and not just from my voice, but with the kind of content that we have generated in the look inside, to what crews are doing and who they are as people. So I think people have really responded to that well, and gravitated toward that, because they realize we’re just like them. We’re absolutely just like them.”

The communal aspect of the handle’s tweets and replies emphasizes that. Kamilakis doesn’t just type into the void; there are full conversations and friendships and bloom.

They’re planning on having a box social when it’s safe to do so, so they can all chat and get to know each other.

Kamilakis said she communicates with one regular, Erika, using only “Silence of the Lambs” gifs. That includes an exchange during the Super Bowl.

Which, of course, brings us to the “Silence of the Lambs” mask tweet that really took off last year.

So she made it herself, “because that’s our personality.”

“I think if we were to be talking in very formal terms, and very generic language, it would have less of an impact because it wouldn’t sound like us,” Kamilakis said.

Her cautions on COVID-19 aren’t without cause. Beyond being a social media manager and focusing on driver safety, her brother is a physician and her mother, who got a kick out of the Twitter account, died from the coronavirus.

“So the concept of listening to science, believing in science, listening to Dr. (Anthony) Fauci, washing hands, masks — all of that, to me is very important,” Kamilakis said.

She added that people are going to take something more seriously when they can relate to it or feel like it affects them.

One person who helps Kamilakis stay focused on getting impactful, accurate information out is WTOP’s own Dave Dildine — one of the D.C. region’s most recognizable voices, especially when it comes to traffic.

“Dave is a huge motivator for me in terms of staying focused on accuracy and useful information,” Kamilakis said.

“Before the pandemic, I would teach a module every month in our new employee orientation on public affairs, and some of the slides were talking about my greatest fear, which is for me to be inaccurate in something that I say, and not only as [public information officer] to be inaccurate, but to be called out for it. And that Dave has no problem calling out anybody on Twitter, if the information is factually incorrect.”

Dildine himself said Kamilakis is an “All-Star information officer.”

“She’s tireless and knowledgeable,” Dildine said. “And she definitely sets a standard.”

He noted that she has found clever ways to engage drivers, even though traffic information isn’t really regarded as “sexy.”

“But through creativity, you can get a few more looks and likes and get your message out just a little bit louder. And she does that effectively and famously. Getting people to engage with a public service announcement about road rage and distracted driving isn’t easy,” Dildine said.

“People come to social media to be entertained, not lectured, right? So social media should be social if it’s going to be effective. And that’s what she does well.”

Kamilakis’ next goal? Getting newly appointed Secretary of Transportation Pete Buttigieg to join in the Twitter conversation.

“So that’s my pie-in-the-sky goal, is to have [Transportation Secretary Pete Buttigieg] respond back to us. That’d be amazing,” she said.

“People enjoy seeing the interactions between their different groups of government. So whether it be VDOT and an elected official, or VDOT and Fairfax County government, or Northeast Ohio Regional Sewer District and VDOT, I think they get a kick out of it, because they get this window into: ‘Wow, these really are people behind all these accounts, and they talk to each other and they interact with each other.’”

am i a social media influensewer

And, for Pete’s sake, drive safe out there.