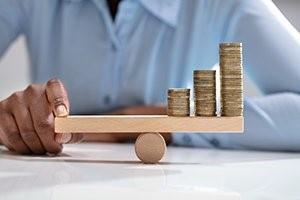 With interest rates on the rise, there are growing concerns that inflation could be on the way. In my view, higher rates do not spell inflation ahead. But they do signal several other things—some good and some not so good.

Let’s start with the facts. A standard benchmark of interest rates is the 10-year U.S. Treasury rate. Rates dropped from almost 1.6 percent per year nearly one year ago down to about 0.5 percent, and they have now climbed back up to almost 1.4 percent. Looked at one way, rates are almost triple what they were over the summer—time to panic! But looked at another way, rates are still below where they were before the pandemic. Which view is the better indicator?

Before we get to that, let’s think a bit. Last year was a pretty exceptional year. Before we decide what rates mean, maybe we should look at a bit more history. Looking back over the past 10 years, rates are still below the lowest point we saw in the decade before the pandemic. In other words, rates are up from the pandemic low, but they are still below what we saw for the entire recovery period from the financial crisis.

A Return to Normal?

These facts give us the context both for where rates are and for the likely effects. Let’s start with the recent increase. Rates dropped because demand for money dropped in the pandemic, as lending and spending went down with the economy. As the economy reopens and as consumers and businesses start to borrow and spend again, we should expect an increase. A normal economy requires normal rates. Looking at the past 10 years, rates could climb up to 2–2.5 percent and still be normal. The increase so far looks very much like a healthy financial response, rather than something worse. As such, we should not expect inflation to spike. It has stayed low for the past decade, even as rates were higher than they are now.

With rates up and likely to increase further, however, there are effects we need to watch for. One of the biggest now appears to be showing up in the stock market. Since last March, the market has rallied on low rates, which support higher stock valuations. More recently, as the pandemic has started to come under control and as the economy has reopened, markets have rallied further on that good news and continued low rates. We have had two tailwinds pushing markets higher. But now one of those tailwinds may be going away. As interest rates rise, stock valuations start to decline.

This relationship is especially true for growth stocks, which very much include the tech industry. Lower rates mean future earnings are worth more in the present, and higher rates mean the reverse. The larger the expected future earnings (which is the case with growth and tech stocks), the greater the hit to the present value. This scenario also applies to stocks with less growth, of course, but not as much. We are starting to see some of the outperformance of growth against value erode.

Now this does not mean the market is headed down over time—quite the contrary. Rising rates are normal in an economic recovery. And in a rising market, the positive effects of the economic improvement (e.g., rising sales and earnings) more than offset the lower valuations from higher rates. Over time, that is very likely what we will see, but the transition can be rough. With the very real possibility that rates will keep going up as the economy gets better, we could see more market volatility.

Over time, though, the medical risks are receding, and the economy is coming back. This is good news and will support more market growth. As usual, while there are real effects here, the headlines are not the best guide to what is really happening—or how we should react.