Debating NBA Awards as voting on the league’s best concludes 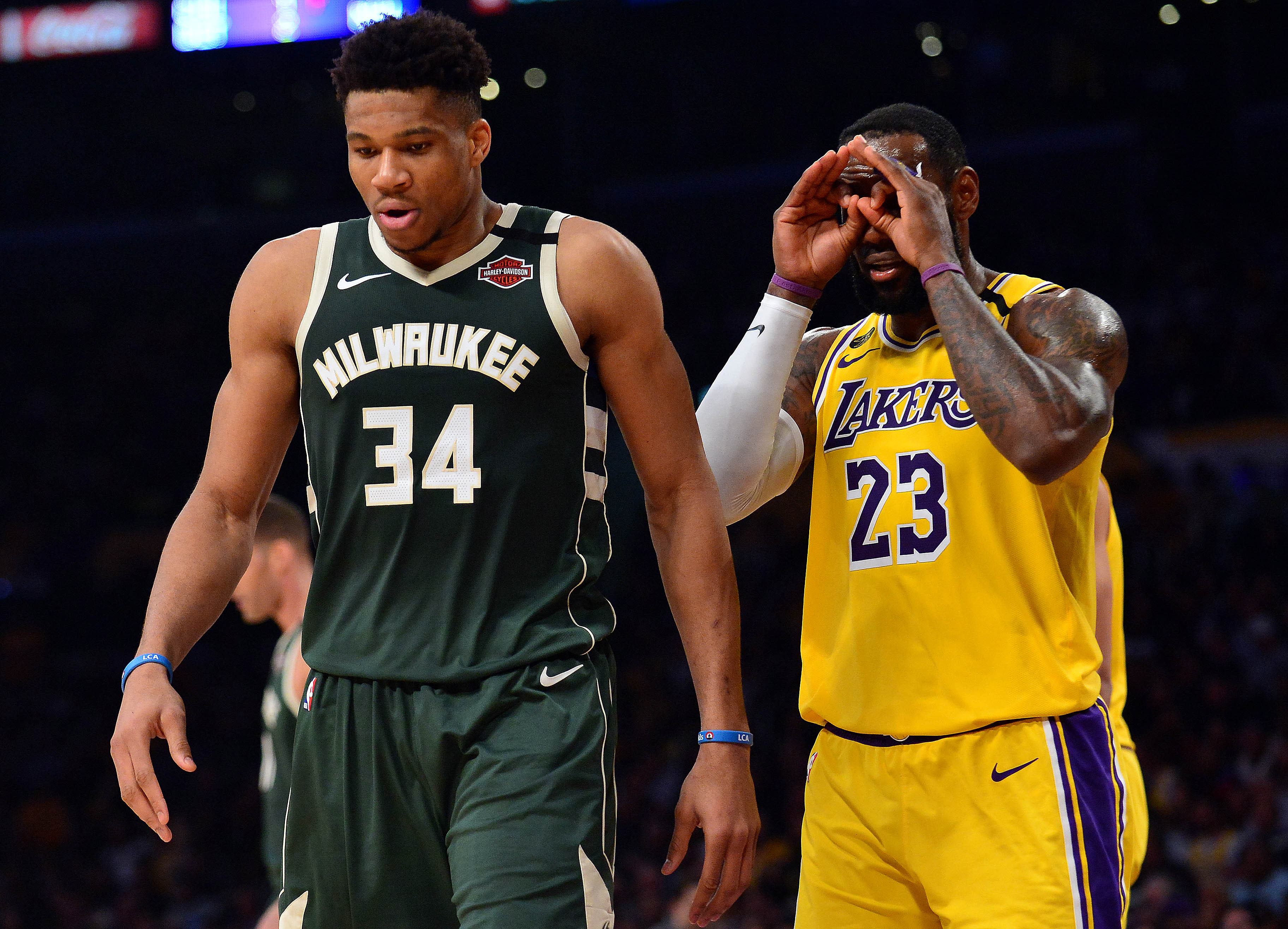 With NBA Awards voting ending this week, Nick Ashooh and Wes Hall have a back-and-forth on who should take home the individual hardware. Since they can’t do it in person, we bring you their actual unedited chat.

Wes: Hey Nick, it’s award season in the NBA so let’s crown those most deserving! First up, Rookie of the Year…who is your man?

Nick: This is easy and you know how I’ve felt about this kid since last year in college. Ja Morant all day. Zion just didn’t see the court enough and wouldn’t have even if they’d played a full season before the shutdown. He’s made that Grizzlies team better since the first time he stepped on the court. He’s a game changing talent. This kid has a really bright future.

Wes: I second that on all fronts. As electric as Zion may be, Ja also brings his own package that can’t be ignored or denied. Ja ALL day!

DEFENSIVE PLAYER OF THE YEAR

Nick: Giannis wins this for me. So many talk about him for MVP, but he’s able to defend all 5 positions at an elite level. He can step out and stop guys on the perimeter, but he’s protected the rim just as well. He’s so great offensively that at times it puts his defense in a shadow.

Wes: I want to give this to Giannis, I really do, but…the Klaw still lives! Kawhi Leonard may not be the towering shot blocker usually fit for this award, but…oh who am I kidding? Giannis has the highest rated Defensive rating, Defensive Win shares, and Defensive Plus/Minus. Giannis wins!

Nick: I was about to say…You don’t get to load manage half the season and win DPOY

Nick: ok who’s your most improved? This is always one of my favorite awards.

RELATED: HACHIMURA’S ALL-ROOKIE CASE COULD DEPEND ON ZION

Wes: MIP is one of those awards where you can actually celebrate someone’s effort as much as their productivity. For me, that guy is Markelle Fultz! He’s endured so much in his short career and him finding his way back to quality basketball with a new jump-shot brings joy to my heart. You never want to see a man down, and I’m glad he got back up!

Nick: He definitely showed he at least belongs in the league, which is a big step considering how it went in Philly.  Bam Adebayo is my guy here though. Took on a much larger role in Miami, better offensively now to go along with his rim protecting and rebounding.  Shai Gilgeous-Alexander would be a close second though. He has more upside that’s for sure.

Wes: I like your picks, too. It’s good for the NBA to have a lot of options for this award. What award is next?

Nick: 6th man. Another one that I love. Gives a spotlight to guys who likely don’t get enough attention for what they do.

Nick: He could win it every year. Give me his teammate Montrezl Harrell. The Clippers are so deep though it’s amazing

Wes: Which makes them DANGEROUS. I can’t believe I live in a time when the Clippers are a dangerous team. Oh how time changes things. lol

Nick: Well as long as Lou stays out of strip clubs. Amazing the pub “strip club food” is getting because of all this.

Nick: Who’s your coach of the year?

COACH OF THE YEAR

Wes: But the wings are FIRE!!! LOL. But I digress. Coach of the Year has to go to Mike Budenholzer because the Milwaukee Bucks have the best record in the NBA, and he coached them to it without having a ‘super-team.’

Nick: Nah give me Nick Nurse. It was one thing to win a title WITH Kawhi, it’s another to have the second-best record in the East WITHOUT Kawhi.

Wes: Fair. He was my second choice.

Wes: LeBron Raymone James! He’s not aging and he’s still the most influential man on the court and in the league. Who can dare approach the throne?

Nick: Wow. I figured you’d pick anyone else just because you love to disrespect The King. He’s the right pick here. If people are going to say “well he did it in the East” for years, then you also have to give him credit for still being the best player in the game in his mid-30s and taking the Lakers to the best record in the West by 5 and a half games. He deserves it. Giannis will have plenty more.

Wes: WE AGREE….tell no one! lol
Wes: Cheers to The King!

Wes: 2020 has brought us many things we never thought we’d see, but here we are. Now we just have to wait and see the voters prove us right!

Stay connected to the Wizards with the MyTeams app. Click here to download for comprehensive coverage of your teams.