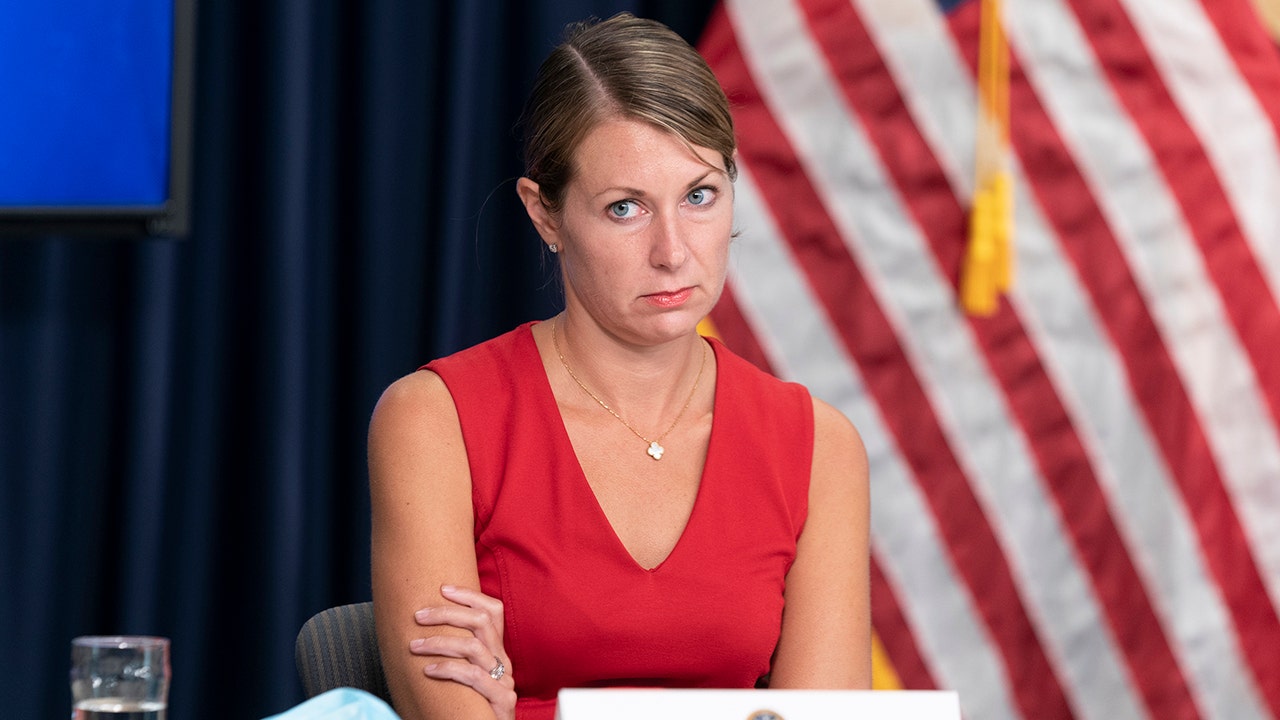 Melissa DeRosa, secretary to Gov. Andrew Cuomo, attempted to walk back an earlier admission that the state withheld COVID-19 nursing home death data on purpose, insisting Friday that the governor’s office was “comprehensive and transparent” in responding to records requests from the Trump administration’s Justice Department.

On a phone call with New York’s Democratic lawmakers on Thursday, DeRosa reportedly said that Cuomo’s administration feared the data about COVID-19 deaths could “be used against us” by the Justice Department in the midst of its federal probe initiated against four states regarding nursing home deaths, including New York.

But on Friday, DeRosa sought to clarify her comments, saying that she was “explaining that when we received the DOJ inquiry, we needed to temporarily set aside the Legislature’s request to deal with the federal request first.”

“We informed the houses of this at the time,” DeRosa said in a statement that was posted on Twitter by Rich Azzopardi, a senior Cuomo adviser. “We were comprehensive and transparent in our responses to the DOJ, and then had to immediately focus our resources on the second wave and vaccine rollout.

“As I said on a call with legislators, we could not fulfill their request as quickly as anyone would have liked. But we are committed to being better partners going forward as we share the same goal of keeping New Yorkers as healthy as possible during the pandemic.”

Assemblymember John T. McDonald, a Democrat who recently met with Cuomo administration officials to get answers about the way the COVID-19 pandemic was being handled, told Fox News in a statement that the “hearings raised serious questions and concerns that were also later reflected in the recent NYS Attorney General’s report on the issue.”

New York Attorney General Letitia James said in late January that an investigation by her office revealed Cuomo’s administration had undercounted the COVID-19 death toll linked to nursing homes by as much as 50%.

“We expressed our frustration regarding the delay in receiving the answers that the public deserved,” McDonald told Fox News.

“At the meeting, Dr. Zucker explained in detail the challenges of aggregating the data accurately. Melissa DeRosa then stated that a document request from the Department of Justice added to the delay since the DOJ request had to be fulfilled on a priority basis and therefore the work on the state legislative responses was paused. She explained that since the DOJ matter has been presumably resolved, the state legislative responses will now be prioritized and we will receive the information requested,” he said.

“My takeaway from the conversation was that NYSDOH is now working in earnest to provide the requested information and that we will continue to have a dialogue that leads to accountability. I am committed to getting answers to the many outstanding questions and discerning the facts we need to make informed decisions on next steps. Anyone who lost a loved one in a nursing home deserves these answers and my colleagues and are I committed to ensuring full transparency on this issue.”

On Wednesday, the state revealed the number of deaths was actually 15,049 residents in elder care facilities (nursing homes and assisted living/adult care facilities) — nearly 10,000 more than the state Health Department was reporting on Jan. 27, 2021 — according to a letter from the State Health Commissioner Dr. Howard Zucker sent to Senate Democrats.

De Rosa’s statement did little to quell the anger from Republican lawmakers, some who are now calling for a criminal indictment of Cuomo and top staffers for their mishandling of the coronavirus pandemic.

Rep. Tom Reed, R-N.Y., told FOX Business’ Maria Bartiromo on Friday that he would be filing a criminal complaint with local and federal law enforcement for DeRosa’s arrest.