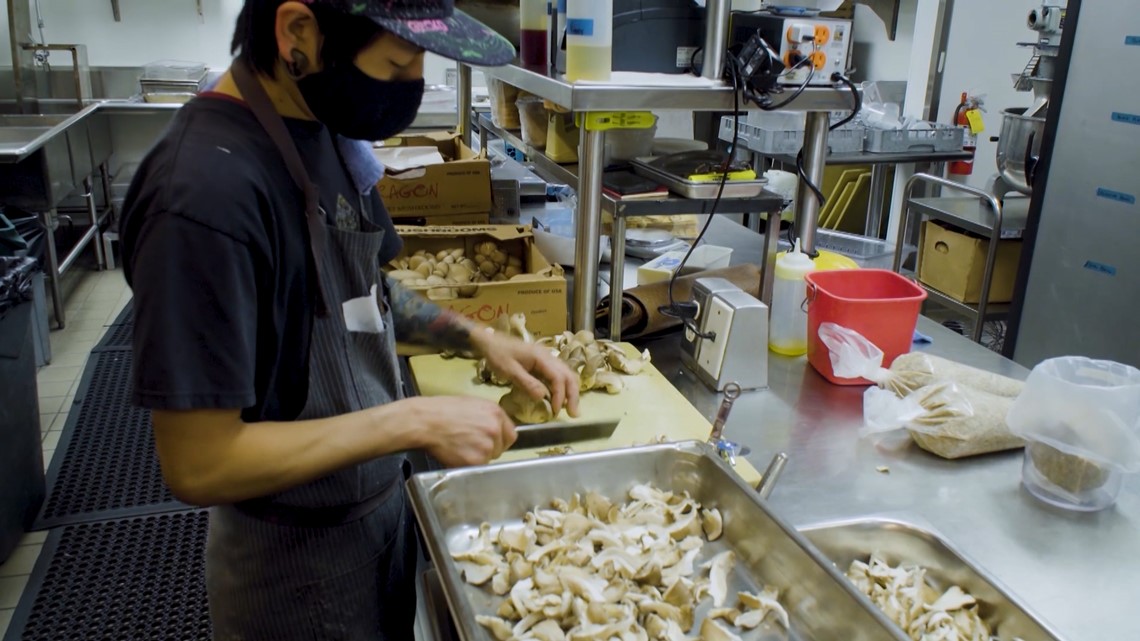 According to food and restaurant industry workers, the change was abrupt. They were turned away after already booking vaccination appointments at Walgreens.

SACRAMENTO COUNTY, Calif. — Those who work in the food and agriculture sector got some disheartening news, as it seems they are no longer apart of the phase 1b vaccination group being vaccinated, as listed on Sacramento County’s website.

According food and restaurant industry workers, the change was abrupt. They were turned away after already booking vaccination appointments at Walgreens.

“We were all eagerly awaiting the moment they would start vaccinating 1b,” said Deneb Williams, executive chef and co-owner of Allora restaurant in East Sacramento.

“They basically told me it was out of their hands and that the county had made the decision,” Williams said.

RELATED: California revenues soar as rich get richer during pandemic

Brian Lee, a restaurant industry worker in the wholesale and distribution sector shared a similar scenario. Through word-of-mouth, he heard fellow industry workers were able to get vaccinated at Walgreens, and one person he knew had gotten their first shot. He showed up to his appointment on Friday and when he was checking in, he was told they weren’t vaccinating food and agriculture industry workers.

“She says, ‘well in the beginning, we didn’t know, but yesterday we got this flyer from Sac County, so our boss told us to stop doing it as of yesterday,'” Lee said.

Lee said the change was news to him. He said he booked another appointment for the following week through Walgreens, just in case his industry got added to Phase 1b again.

“It seems like it’s just day by day. It’s changing, and it’s just not fair when the state says one thing, (and) the county does another,” he said. “It’s a shame that we’re wasting peoples’ time and we’re telling people to get vaccinated, but we can’t get it to them just yet.”

Williams said it felt like a slap in the face to him and his fellow restauranteurs after his industry had gone through so much during the pandemic.

“The whole entire time, we have been afraid.” Williams said. “We’ve been fearful for ourselves, our loved ones and our immediate family. I have a staff of people that I care very deeply about.”

Williams said that, while his industry had been hit hard, he and his team, along with other restaurant owners and chefs, had worked tirelessly to come to their community’s aid since the beginning of the pandemic.

Williams said Family Meal led to the launch and model of Great Plates, another initiative through the state meant to help seniors and other adults at high risk from COVID-19 to stay home and stay healthy by delivering three nutritious meals a day.

“We are essential workers,” he said. “We have been working nonstop from the beginning of this pandemic. Most of the people I know in the hospitality industry and food and agriculture business– we not only kept working, but often times worked harder and in new arenas that we weren’t accustomed to, with new challenges. And we did a lot of this out of the greater good to feed people.”

While Sacramento County did not respond to ABC10’s request for more information, their website showed the food and agriculture box within phase 1b had been unchecked.

“By no means do we expect to be put at front of the line,” Williams said. “We understand that we shouldn’t be prioritized nor should we be deprioritized.”

He said he was not not angry but frustrated and tired. He was worried for his employees and said he wanted some answers.

“A lot of people in my industry have been worn to the quick,” Williams said. “To feel like it’s finally our turn to get vaccinated and to feel like there’s a light at the end of the tunnel and we don’t have to be afraid every single day for ourselves and our families and our employees, and then to have that slap in the face– I consider myself a pretty resilient person, and it was almost more than I could bare.”