COVID may have center stage, but don’t forget to donate an organ; Perry man alive because of two donations 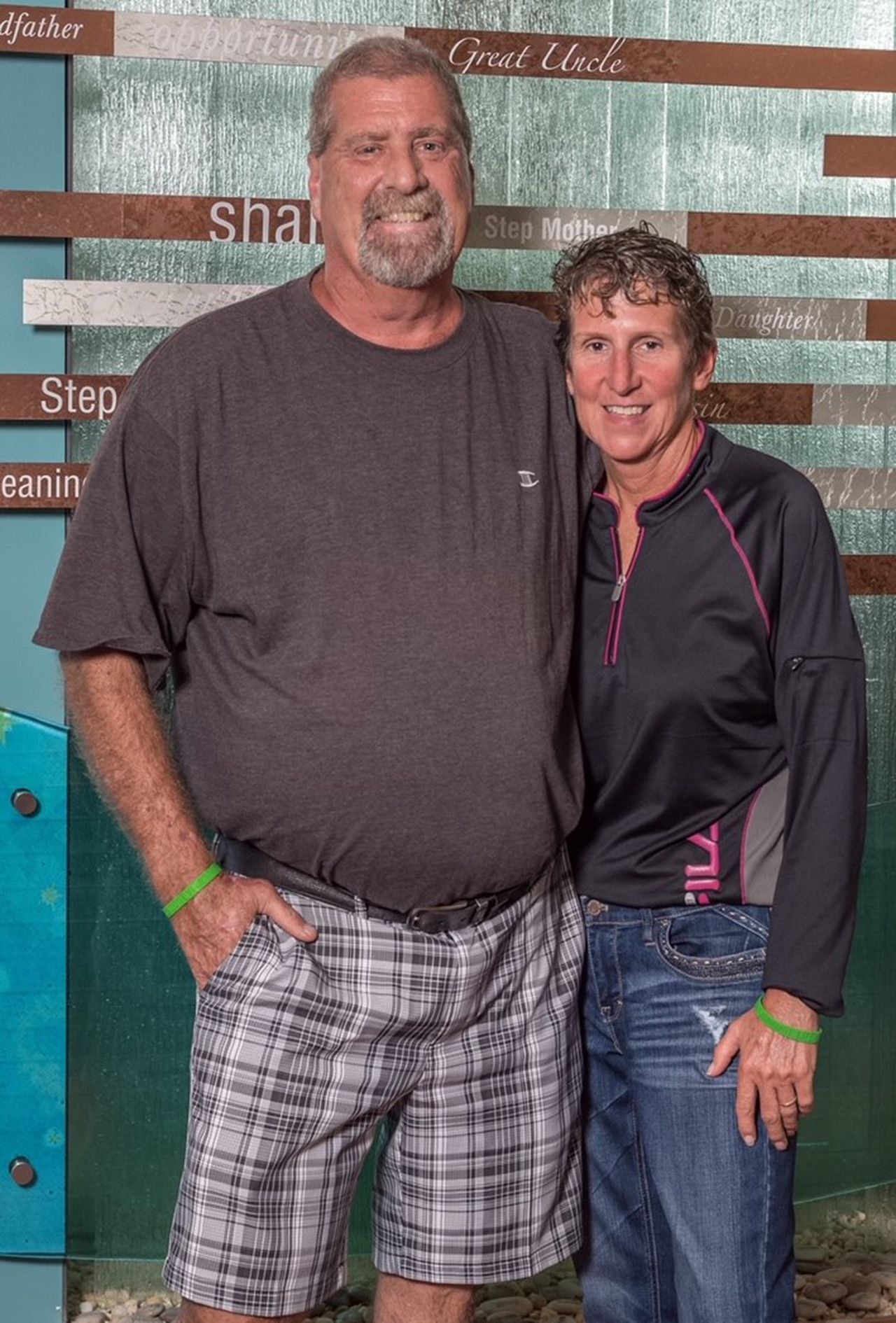 PERRY, Ohio — While COVID-19 has dominated the past year when discussions have turned to health and health care, there are, of course, always other things going on in the world of wellness. One one of those “other” topics is the constant need for organ donations.

Despite pandemic concerns filling minds, Heather Mekesa, COO of Lifebanc, reports that donating organs was also in people’s thoughts as 2020 was a record year for the organization, with more lives saved through donations than in any past year.

“We had a record-breaking year,” Mekesa said. “I think people have looked at this (COVID) life a little bit differently. In how they are spending time with family. People have a different perspective on things and, I have to say, we are so fortunate in northeast Ohio. We have amazing health care and even as overloaded and stressed as hospitals were, donation was still a priority. We have some wonderful people here who care passionately about doing the right thing and helping the greater good.”

When getting a new driver’s license, people are regularly asked if they want to donate organs. Lifebanc works to ensure that those donated organs get to the people who need them, and works to secure donations by talking to families after the death of a loved one. Mekesa said kidneys are the most in-demand organ, while other donations, such as hearts, lungs, livers, intestines, pancreases, eyes and tissue are all regularly needed.

Just because 2020 was a good year, the need, she said, doesn’t stop. As Americans recognize Black History Month in February, that recognition calls to mind that a significant amount of greater diversity is needed in the donor pool. Locally, just over 30 percent of those on the waitlist are African-Americans while, from 2016 to the present, only 17.4 percent of donors have been African-American.

According to the National Kidney Foundation, Blacks suffer from kidney failure at four times the rate of whites. Blacks represent 13.2 percent of the overall U.S. population and more than 35 percent of all patients in the U.S. receiving dialysis for kidney failure.

What’s more, more than 80 percent of patients on the waiting list are waiting for a kidney. The average waiting time for a kidney from a deceased donor is three to five years.

Even though there is a constant need for donors, and anyone can find themselves in need at some time, 58 percent of those, when getting a driver’s license choose to donate. What about the other 42 percent? “That’s the million-dollar question,” Mekesa said. “Some people, their mortality, they’re uncomfortable talking about death and don’t want to have that discussion, or feel like, ‘If I sign up, am I jinxing anything?’ No matter what race or individual, there is still that, ‘Is someone not going to do their best in health care?’ It’s a huge myth, but it’s out there. Are they not going to save my life if I’m an organ donor? And the reality is, the hospital doesn’t even have access to that information (as to whether one is a donor).”

No matter the color or ethnicity, there are some amazing stories of people who wouldn’t be alive today without a donor or donors.

Rick Rideout, of Perry, was a healthy, strong, 6-foot 3-inch 26-year-old in 1985, driving a truck for Wonder Bread/Hostess Cake and playing softball five days per week, including tournaments played locally and around the country. It didn’t take long, however, for his life to change.

“One weekend (in 1985), the first of September, I worked on Saturday, played (softball) Saturday night, played Sunday in a tournament in Brook Park, and came home and just went into congestive heart failure,” Rideout recalled. “I couldn’t breathe all night. I went to the doctor the next day and he put me in the hospital for a week. He scheduled a heart cath(erization) for me the next month and, they told me I was going to need a heart transplant some day. They didn’t know when. They said it could be five years, it could be 10.”

By January, 1986, Rideout could no longer work because his heart had doubled in size. On April 14, 1986, Rideout became the 31st person in the world to receive a heart transplant, undergoing the operation locally at the Cleveland Clinic. “Everything was kind of brand new back then,” Rideout said of the rarity of having a heart available for donation. “It was a worry if I was going to get one. Because of my size, too. I’m a big guy. They ruled out a woman’s heart. Then I happened to get (a heart from) a 19-year-old in a motorcycle accident in North Carolina. That’s all I know, and that was because I overheard (health care workers) talking. Back then it was a lot more secretive.”

Because the rest of his body was healthy, and against doctor’s orders, Rideout, eight weeks to the day after his surgery, resumed playing golf and softball. Doctors had told him he could never again play sports. Today, he notes, that of the 30 people who received heart transplants before him, there is but one male survivor, now living in Detroit, and one woman, in California. He has lived what he considers a normal life, playing racquetball and golf, in addition to softball.

Now 61, and married 27 years to wife, Mary Ann, Rideout has had to take a good amount of medication to stay healthy. He and his wife remain quite active, hiking, hunting, fishing, golfing, traveling and bicycling. Still, the medication adversely impacted his kidneys, something that also happened to past heart transplant recipients, which led to long dialysis treatments and, eventually, the need for a kidney transplant.

At 56, after undergoing for one year difficult dialysis treatments — four hours per day, three days per week — Rideout received from his wife a kidney donation. If his wife’s kidney had not been a match, Rideout would have faced at least a four-year wait.

For her part, when asked if she felt any different living with one kidney, Mary Ann Rideout said, “Absolutely not. No difference at all.

“I had no worry about (donating) at all,” she said. “This poor man, I’d come home from work and he’d be on the couch. He couldn’t do anything. It’s a horrible life, dialysis. You’d have to watch everything that he ate, and he really couldn’t go anywhere.”

After the kidney transplant, Rideout bounced back once again to resume his active lifestyle, although his health problems weren’t over. One day, 15 years ago, Rideout noticed a spot on his leg which was found to be skin cancer and required seven surgeries, the most recent in July, 2020. At one point, doctors made an appointment to remove amputate his leg, but postponed the surgery because he had an infection elsewhere on his body. When the infection healed, it was decided that a different approach would be taken and that his leg wouldn’t have to be removed. The infection, he notes, saved his leg and, again, preserved his active life.

In December, 2020, Rideout underwent heart surgery to repair a valve. “That was another full-fledged open heart surgery” he said.

Looking back on the heart transplant, Rideout reflects on the facts that it allowed him not only to continue living, but to meet his wife, when he was 33, and then to become the father of daughter, Ashley, who is a nurse living in Perry while caring for patients at Lake West Hospital in Willoughby.

Rideout said that with each birthday, he’s been excited to have lived another year. “I never let things get me down,” he said of his outlook on life. “It just seems I was always positive I would come through it.”

“It can be very difficult to live in our house,” Mary Ann said, “because there’s no whining or complaining. Everything he’s been through, you can’t sit around and cry about it or feel sorry for yourself because that’s not going to do any good.”

“No crying unless there’s a bone sticking out or you need stitches,” Rick joked.

Thinking about the heart transplant, he said, “It’s given me 35 years of life, more than I had been alive when I got it. And the kidney gave me more years.”

“Organ donation is so important,” Mary Ann said. “Why take it with you? You can make a difference in so many lives. Like with Ashley, she’s a travel nurse. She worked in New Orleans when COVID was really bad. How many lives did she touch because Rick could get a heart?”

For information on how to donate an organ, visit lifebanc.org.