Conservatives Looking for a New Direction Should Embrace Family Policy 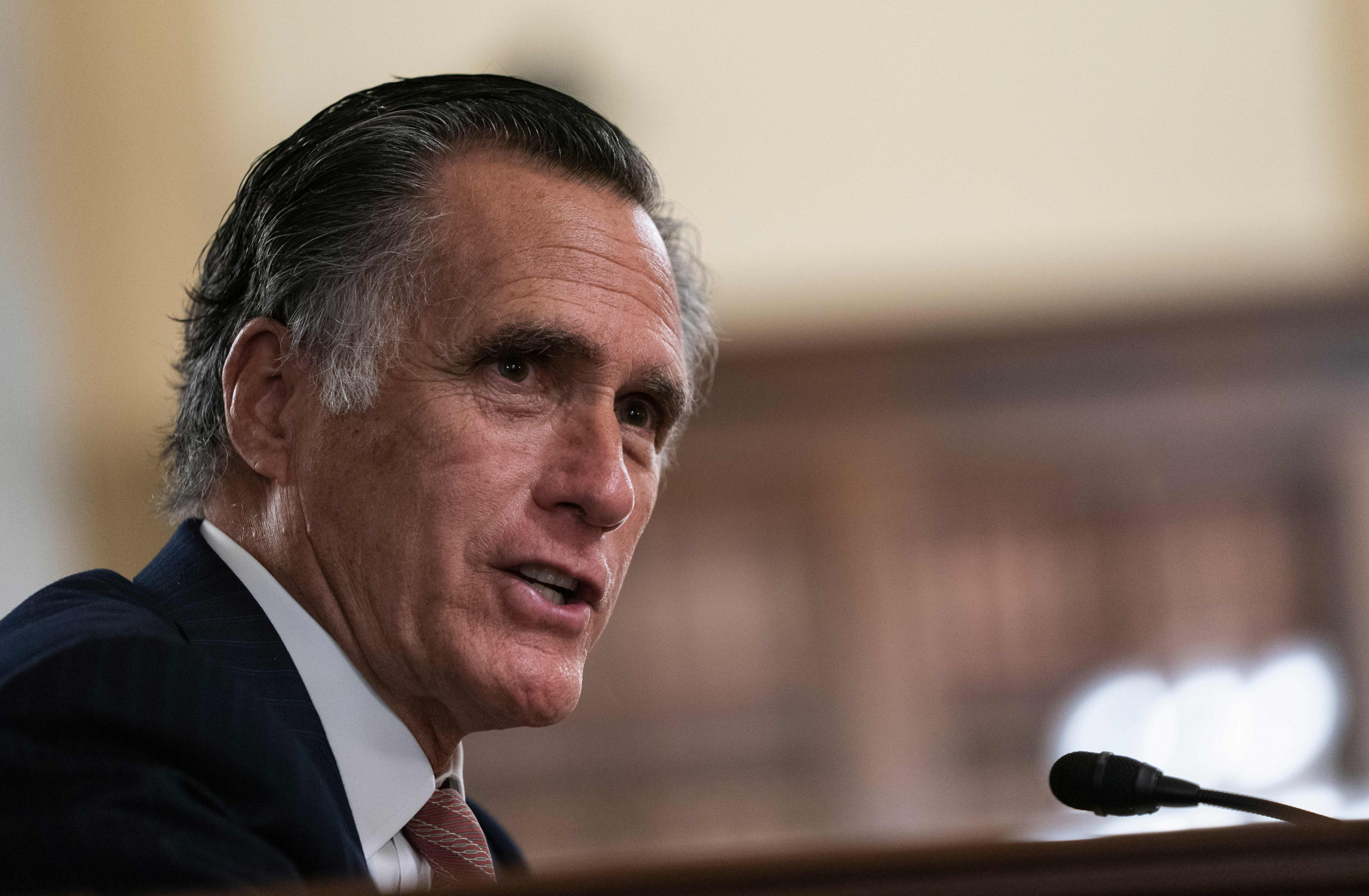 After four tumultuous years of the Trump administration, conservatives generally know what they stand against, but have a harder time agreeing what they stand for. One path forward would be to adopt the goal of orienting public policy—fiscal, social and economic—toward making life easier for parents and children. A new proposal from Sen. Mitt Romney (R-UT) suggests one way of doing just that, should Republicans have the courage to take it seriously.

In its proposed coronavirus relief package, the Biden administration included a one-year expansion of the Child Tax Credit (CTC) into a monthly, universal benefit. Sen. Romney called and raised, introducing legislation for a more generous, and permanent, universal child benefit. The Romney plan would not only make sure low-income families receive a full measure of assistance, but would pay for it by consolidating the tangle of tax credits and spending currently aimed at poor families. As I (and others) have argued for years now, conservatives who style themselves pro-family should support a proposal along these lines.

The Romney proposal opened up traditional fault lines among conservatives about whether an unconditional cash payment to low-income parents would undermine the logic of welfare reform. Many analysts who were on the front lines in the 1990s worry that too large a payment to parents could lead to significant drops in labor-force participation and a worse future for children. (Some conservatives, inspired by the massive pro-family spending in Viktor Orban’s Hungary, have offered large proposals that would indeed run this risk.)

Are robust child benefits simply, as one article in The Economist put it, a “clever” way to achieve liberal goals “couched” in conservative rhetoric? A universal benefit would unquestionably reduce the number of children living in poverty at one point in time. But if the point of the bill were solely poverty reduction, the negative long-term ramifications conservative opponents suggest would deserve careful consideration.

However, the facts on the ground have changed since the 1990s, and so have the threats facing families. The real reason for conservatives to support a universal child allowance is to recognize parenting as a social good, not just a lifestyle choice—to compensate parents for their work raising the next generation and to encourage family life and childbearing as the central focus of a healthy society. Debates over the marginal effects on parental labor-force participation are interesting, but somewhat beside the point.

There’s a practical reason for conservatives to get over their squeamishness about big-ticket spending, as well: If they don’t adopt a proactive vision for family policy, progressives will. Conservatives must offer a compelling and competing vision of family life, or cede the floor to one that relies on heavy-handed mandates, large-scale programs run from Washington and a government thumb on the scale favoring certain work-life arrangements.

President Biden’s proposed COVID-19 recovery package, for example, takes steps toward his campaign’s goal of universal preschool and more federal funding for child care. Given the unprecedented impact of COVID-19 on this sector, a one-time payment could be worthy of support, but only on the condition that it encompass the wide diversity of child care providers (from home care to churches to co-ops) that parents rely on.

The president’s proposed child-care tax credit expansion, however, would exacerbate the flaws of an already inefficient way of getting aid to parents (and would only help families with both parents in the workforce). By some estimates, the current credit helps firms just as much as it helps parents, as up to half of it is captured by child care providers in the form of higher prices. Parents who prefer to have a friend or relative watch their child instead of a daycare don’t receive the same benefit as those enrolled in a formal program. Instead, as in the Romney plan, the money would be better used if folded into a larger Child Tax Credit (CTC) for all parents, rather than leaving out the 40 percent of children whose parents don’t rely on any regular care arrangement.

As University of Virginia sociologist Brad Wilcox has noted, the Right is stuck “playing catch-up” to the Left when it comes to using economic policy to support parents. A prime example of this is the CTC itself, first instituted in the mid-1990s as a back-door way of supporting families. Neither the GOP nor Clinton-era Democrats had a taste for explicit spending, so indirect support—through tax credits—was seen as preferable to cash benefits.

Big price tags are no longer the bogeymen they once were. Pointing at a big federal deficit comes up empty in an era of stubbornly low interest rates. Investors around the globe are hungry for more U.S. government debt; if there’s ever a time to spend, it’s now. This rubs economic conservatives the wrong way, and inflation could eventually rear its ugly head. But cost alone cannot be the primary reason to oppose spending on families.

In fact, tilting our domestic policy in a more pro-natal direction could help begin to address America’s sliding birth rates. The shocking thing about our country’s declining fertility is not so much that it was expected to hit an all-time low in 2020—a pandemic and short bout of double-digit unemployment will do that. No, the fact that 2019—a year with record-low poverty rates, healthy macroeconomic conditions and the best wage growth for low-income households in decades—still saw an inexorable slide in our birth rate suggests that something about our approach to family formation is lacking.

Policy alone did not cause this problem, nor can policy alone fix it. But making family life more affordable by giving parents more choices could be a substantive policy agenda that offers more than red-meat populist rhetoric. Those on the Right are used to talking about defending the family against cultural threats from Hollywood and big corporations. But talk is cheap. It’s past time to recognize that those words require an economic policy commitment, as well.

Plans that would expand the CTC, such as those fought for by Sens. Marco Rubio (R-FL) and Mike Lee (R-UT), and now improved upon by Sen. Romney, are a necessary first step to doing just that. A true rebalancing of our policy infrastructure to recognize the importance of family life could mean revisiting the conventional Republican wisdom about just-in-time scheduling, our disjointed health care system and a system of human capital formation that prizes mobility and self-sufficiency over community and family bonds. Looking at these issues, and many more, with an eye toward family stability over individual autonomy should form the substance of an earnest, and authentically conservative, approach to public policy.

Patrick T. Brown (@PTBwrites) is a former senior policy advisor at Congress’ Joint Economic Committee and a policy fellow at the Institute for Family Studies.