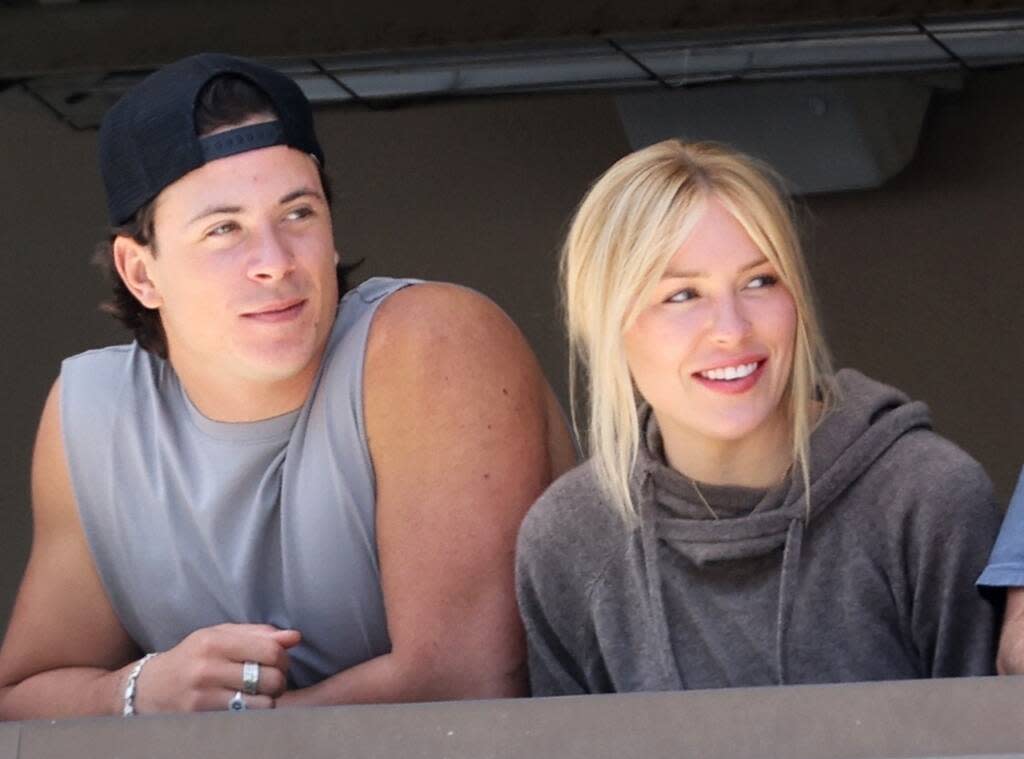 Weeks after her Bachelor star ex-boyfriend Colton Underwood came out as gay, Cassie Randolph is moving on.

According to a source for E! News, Cassie’s new romance with rumored boyfriend Brighton Reinhardt is “going well.” The two were spotted this week at the Shorebreak Hotel in Huntington Beach, where they spent time with Cassie’s family, including her sister Michelle and Michelle’s boyfriend, Runaways actor Gregg Sulkin.

“Cassie and Brighton have been seeing each other since the beginning of the year,” the insider close to Cassie explains. “They recently have become more serious and are dating. Cassie has been really focusing on her school and work transition this year and Brighton has been a huge support system for her.”

Brighton is also helping Cassie move on after last year’s dramatic breakup with Colton. Last September, Cassie filed a restraining order against her ex, as well as accused him of stalking her and putting a tracking device on her car. Two months later, she dropped the restraining order.

“After last years events with Colton, she feels she is in a really stable and healthy relationship,” the source continues. “Things are going well and her family likes him a lot. They like to do low key things and love to be by the beach and cook at home. Cassie is really happy and in a good place.”

Cassie recently took to her Instagram Story to address Colton’s coming out news, which he announced in an April 14 episode of Good Morning America with Robin Roberts. However, she declined to directly speak about her ex’s situation.

“Before I get into anything, I just wanted to say thank you so much for all the kind comments and messages from you guys,” the 26 year old shared in the video without explicitly naming Colton. “I really appreciate it regarding the topic in the media that brought my name up this week. Just want to let you know that I’m not going to be further discussing it or commenting on it for now.”

She continued, “There’s a lot of layers to it, and I just feel like the best thing for me at this time is to move forward and just focus on going forward. So if I do decide in the future to say anything or make a comment at all, you guys will be the first to know. But for now, just wanted to say thank you for all the kind messages and comments and DMs, and although I can’t respond to all of you guys, I want you to know that I read them, and I’m so thankful, and I feel very loved and supported.”