Calling me a 4×4 and Stacey Solomon a 3×3 is just vile. What matters is that we’re good mothers 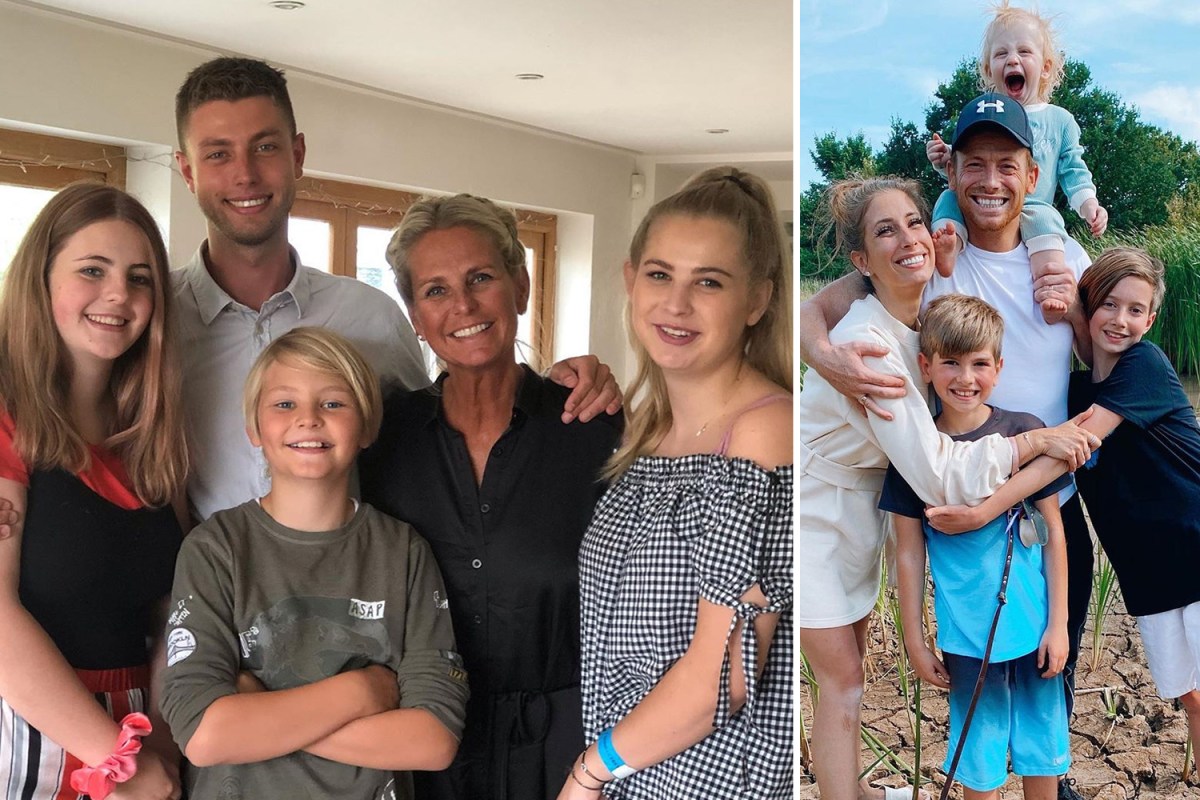 WHOEVER it was who thought of the label “4×4” for yours truly as a mother of four children by four fathers was a genius.

I rather wish I’d trademarked it, because if I’d had £1 for every time someone in public circles, in print or in person, threw it at me, I’d be a very wealthy woman indeed.

It was my first thought when I read that Loose Woman Stacey Solomon, who herself is a mum of three children by three fathers, had been trolled by someone casting disapproval and pity all over her domestic bliss.

Stacey, being the level-headed, mature gentle-woman she is, immediately fired back. And in the past, I’ve felt I should have done the same.

I will admit, when I was first characterised by it some 12 years ago, I wasn’t quite as feisty. I conceded the label was funny. It was clever. So I laughed.

But no one could deny that it wasn’t also fact. I couldn’t, and had no desire to argue with the facts of the epithet.

It was a snappy way of referring to someone who appeared at the time to be the only celebrity to have four offspring by four partners.

However, deep inside I was really stumped by the injustice of it.

For me, it wasn’t just about the humour of it. It was meant to injure. To hurt and, above all, to shame a woman. I didn’t particularly want to be associated with the label because I felt no sense of shame. At all.

My simple history was made to look and seem complicated by the fact that my life had worked out differently to normal expectations — to the “norm”.

Over a period of 14 years I had managed to mate with four different (very different) men and produce two gorgeous girls and two lovely boys.

One of the biggest lessons I’ve learnt in life is that other people don’t like it when you don’t conform — when you do your own thing.

It makes them feel insecure because you’re not fitting in, you stand out, you don’t assimilate and it makes these self-appointed adjudicators of your life feel they are not in control.

A tag I am happy to bear is that of feminist. I was born in one of the most egalitarian countries in the world, where women bear as much weight as men.

Where, in fact, the general consensus of the road that I have travelled is seen as a strength to admire, rather than a flaw, a depravity or a transgression.

The simple truth — which applies to both me and Stacey — is that we are good, caring mothers. We chose to have our children — we longed for them, regardless of the circumstances of their creation.

We love them more than anything in the world. And we both nurture our children, keep them by our sides, care for and pay for them. We did not sow our seeds and disappear.

We chose to take responsibility, to carry these creations in our own arms, sometimes with the assistance of others, sometimes on our own.

I fail to see the issue with that. My children see themselves as whole siblings and are better adjusted than many other children I know.

I vividly recall breastfeeding my fourth child, Malcolm, while watching Loose Women one morning some 12½ years ago. Bear in mind this was an all-female panel discussing another woman they didn’t personally know.

I was the subject. One of the panellists scorned: “It must be like Euston Station at her house with all the kids coming and going.” And the comment took my breath away.

Speedily, Jane McDonald (God bless that woman) jumped to my defence and pointed out that no one should be so quick to judge and that at least I cared for all my children and they resided with me.

‘I was instinctively maternal’

Her point was valid and also a dig at the way some men are quite capable of making a child but don’t always hang around for the fathering.

But the remark stung and it burned. I could not comprehend how other women would be so insistent on judging and not reflect on the facts.

At the beginning, I married, had a child, the marriage ended.

I was instinctively maternal — very powerfully so and couldn’t wait to have a second child.

Six years later, I met a man who also wanted a child. We were in love. I got pregnant. He changed his mind. I was left holding my daughter, who was born with a very serious congenital heart defect.

I thought she would die. I fought for her with every breath in my body. I was alone.

A year or so later, I met a new man. He made me laugh. He wanted a child. I was desperate to have a healthy one. I conceived but our marriage failed.

By the time I met the fourth father of my children I was 41 and thought I would not have any more. But my maternal instincts hijacked me and eventually, after a long wait, our son was born.

We enjoyed 14 lovely years together and I still co-parent blindingly well with his father.

I don’t see the end of relationships as failures. Some of them are experiences. Sometimes things falter through no fault of your own.

Sometimes things waver for environmental reasons or just because you’re not a good fit.

I remember, after my triumphant departure from the Celebrity Big Brother House in 2009, I was forced to endure a post-show interview with a baby-faced Jack Whitehall, who played to the crowds with his opening line: “So, 4×4 . . . ”, and people laughed.

I’d just left my seven-month-old for three weeks to work (for which I was also tarred and feathered by a male fellow housemate).

And while I acknowledged the immaturity of Mr Whitehall and that his comment was just that, at that point I realised that would for ever be my mantle.

I just felt it was bleak and dispiriting that all that I had achieved in my long, varied and highly successful career had amounted to this.

It was an insulting, disparaging and injurious comment with only one intent — to shame.

Because, for some deep-rooted societal and derogatory reason, having children by different fathers intimates that you are, indeed, a “loose” woman.

You have promiscuity running through your veins and you are indiscriminate about where you lay your love, haphazard about who you mate with.

You are shallow and confused. You require shame and pity.

‘All my children were planned’

The suggestion is that you are unconsidered and are rampantly pursuing your way through life in a much unplanned way.

It’s the way we like to refer to women on sink estates, because it fits our notion of a supposed lack of morality.

There is nothing that necessarily separates me from them morally but my high profile. All my children were planned and desperately, desperately wanted.

To label someone, or as in Stacey Solomon’s case, “pity” someone, for their domestic set-up and the fact that their life worked out differently to others seems to me to be a peculiar punishment to mete out.

I can supply a list of men who have conceived children but not hung around long enough for the placenta to be delivered. And an even longer list of those who’ve had children by different mothers.

But that’s a different kettle of fish, because we already know the patriarchy and those many, many capricious, unsupportive women don’t have a paralleled narrative for those men.

So I stand tall and proud with Ms Solomon. Who knows, had life taken yet another turn, I might have had more children by more men.

I am now actually a 4×3, as my second child was legally adopted by my ex-husband. But it changes nothing.

That label may remain a fact of which I’m neither proud nor ashamed, but I would recommend a bit of introspection to all those whose intention is to judge, discredit and destroy, because life does not always follow a straight line.

It is not always perfect, no matter how much we will it to be.

My head is held high by the stunning creatures I created — with or without the support of others.

And why don’t men ever get stick for it?

‘get your wiggle on’

BEN THERE, DONE THAT