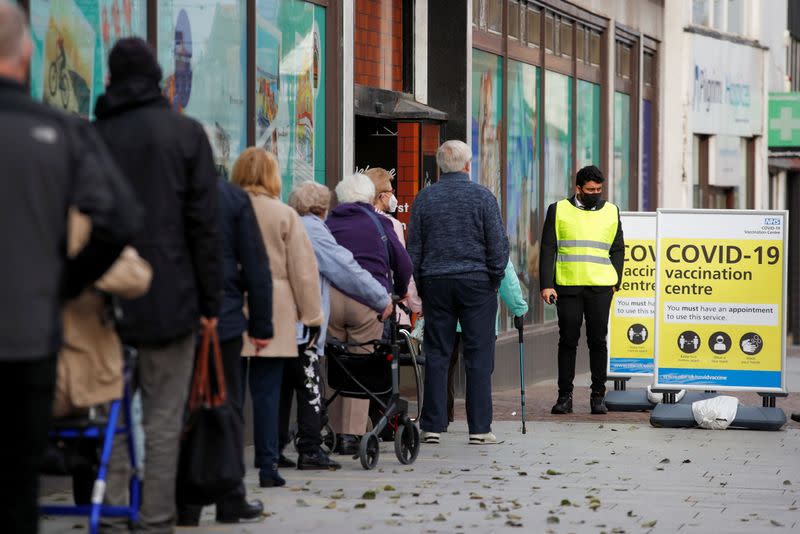 LONDON (Reuters) – Britain has failed to adequately support healthy nutrition for its citizens in the face of the COVID-19 pandemic, food policy experts said on Friday.

In an open letter to Prime Minister Boris Johnson, Professors Tim Lang of City, University of London, Erik Millstone of Sussex University and Terry Marsden of Cardiff University said a lack of government focus on healthy eating amounted to “a dereliction of duties”.

“The public needs clear nutritional advice on how to eat to enhance their immune responses in the pandemic and people need to have the financial resources to obtain those foods,” said Millstone.

Millstone said food poverty was now in the “neo-Victorian mode” of relying on food banks, which could not keep up with demand.

The UK has the world’s fifth-highest official death toll from COVID-19. It reported a further 1,239 deaths on Thursday, taking the total to 103,126.

Asked why the toll was so high, work and pensions minister Therese Coffey told GMTV on Monday it was partly due to Britain’s ageing population and its high obesity levels.

The academics called for the creation of a Food Advisory Group for Emergencies and urged authorities to detail foods Britons should eat to protect their health.

They also criticised the absence of a national strategy for food when COVID-19, Britain’s departure from the European Union and climate change increased the risks to security of supply.

In response, the British government said the country has a large, diverse and highly resilient food supply chain which has coped well in responding to unprecedented challenges.

“We continue to work closely with the food industry, who are well prepared to ensure people across the country have the food and supplies they need,” said a government spokesman.

“Work also continues on the National Food Strategy, which will review our current food system to ensure resilience from farm to fork.”