Many people think Robinhood investors are impulsive millennials chasing quick returns. A look at several of the most popular Robinhood stocks, however, reveals they might be much more considered. There are a healthy number of dividend stocks on that list, suggesting that at least some Robinhoodies are more sophisticated investors than the critics believe them to be.

After all, they understand the lure of quality dividend stocks, and the various ways these can help a portfolio. Tacked onto a company that’s still growing healthily, they can put a few coins in an investor’s pocket every month, while some of the higher-yielding ones provide a relatively high and steady source of income. With that in mind, here are three of the best dividend stocks on the list of 100 most popular Robinhood titles. 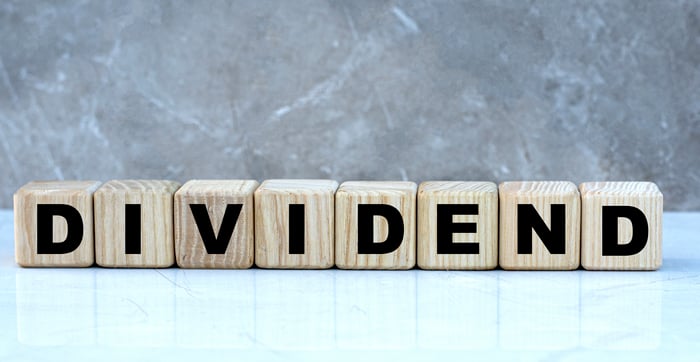 It’s hard to believe, but Apple‘s (NASDAQ:AAPL) iPhone is a teenager: Not long ago, we crossed the 13th anniversary of its introduction. It’s difficult in any type of business to keep a product line fresh and compelling enough to be a major seller; Apple has managed to do it in the fastest moving and most ephemeral of all sectors, tech.

That points to Apple’s great and enduring talent for marketing. Another skill this very clever company has honed over the years is the creation and growth of an ecosystem from which flows healthy revenue streams.

Yes, at some point the hefty fees it charges developers for selling software through its app marketplace, the Apple Store, are likely to come down further. I wouldn’t be worried about this; the company will still benefit mightily from the unquenchable desire for iPhone/iPad owners to have the latest cool devices in their hands, with commensurately attractive apps loaded onto those gadgets.

This is why Apple is (and should remain) a cash generating machine. It has more than enough dosh to fund its dividend, not least because it’s relatively low given its stock price (the yield is only 0.7%). This is one of those rare mature companies that still has a big runway for fundamental growth, and that combined with a modest but steady dividend make it an appealing buy.

Even people unfamiliar with the healthcare sector have heard of Pfizer (NYSE:PFE) these days. The company, in collaboration with young German biotech BioNTech, has developed the first coronavirus vaccine to win approval for general use by a major healthcare regulator.

Since basically every human being on earth is going to need a jab (or several) of coronavirus vaccine, the potential of that product alone would draw investors to the stock, even at a heavily subsidized sale price. Yet Pfizer, a pharmaceutical giant with a great many years of experience, is more than just a spearhead against COVID-19.

True, it doesn’t have the blockbuster lineup it did in years past, and it’s losing patents on several current ones. Yet it remains a strong player in the competitive oncology segment, for example, and is also active in hot areas like autoimmune diseases. Meanwhile, the pipeline is huge, with 33 drugs being developed in that oncology/cancer field alone as of late October.

On top of that, the company has held on to a substantial minority stake in a respectable lineup of consumer brands. This includes medicine cabinet staples like Advil and ChapStick.

With the loss of patent protection years ago on onetime blockbusters like Viagra, Pfizer hadn’t been a hugely popular healthcare stock in years past. That seems to be changing with BNT162b2, its coronavirus vaccine, but the stock is still somewhat undervalued — hence its relatively frothy dividend yield of 3.7%. This, in my view, makes it a particularly good growth-and-income play for investors.

Elsewhere in the “not as popular as it used to be” category is good old Coca-Cola (NYSE:KO). After all, the world’s passion for unhealthy, sugar-packed drinks crested a long time ago.

But this company has proved to be very cagey and adaptable. It has pushed into healthier beverages, for instance acquiring the Honest Tea line of natural soft drinks in 2011. Coke is also well in tune with current trends in the industry. It consistently proves this, from its $4.2 billion purchase of Vitaminwater maker Glaceau in 2007, to its 2019 takeover of Europe-based Costa Coffee.

The coming years will see big changes, as the company aims to be a leaner operation. It plans to trim its considerable number of brands by around 40%, to “only” about 300 of the stronger performers.

Coke’s products sell for what they do because of the power of its brand. After all, it’s pretty cheap to make a drink that’s nearly all sugar and water. This is a key reason that the company has been such a monstrously effective cash generator for so long, and in turn why it’s one of the most long-standing Dividend Aristocrats.

I’d say the company’s payout, and its potential to keep rising, is almost as secure as Coke’s position as a top global brand. Not only is that dividend well funded and rising, but it also yields a comparatively generous 3.1%.